Screenshots of a major Gmail redesign have been spotted that provide a look at the features that will be making it to the Android and web apps of the service, mainly for businesses. The images were found by Twitter user Tahin Rahman (via 9to5Google) in slides for the Google Cloud Next ’20 virtual event. While the nine-week event kicked off yesterday, the ‘Productivity & Collaboration’ event is slated for July 21. These slides are likely part of those sessions.

The leaked images reveal four tabs for the Android app – Mail, Chat, Rooms, and Meet – placed at the bottom. The search giant integrated Meet with Gmail on the web earlier this year and in the Android and iOS apps in June. The Chat and Rooms tabs bring about added collaboration capabilities, likely making Gmail a unified communications hub. The Chat tab lets users view individual and group conversations within the app and will nudge users to check missed conversations just like in Gmail. The Rooms tab lets users keep a tab on projects and other team collaboration activities, bringing in capabilities akin to competing platforms like Slack. 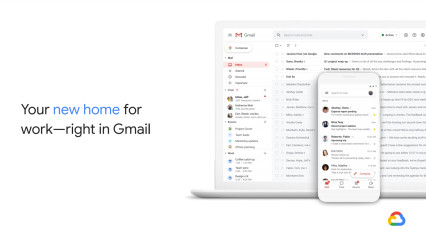 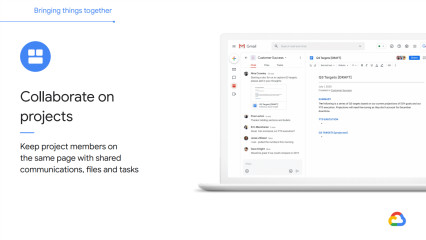 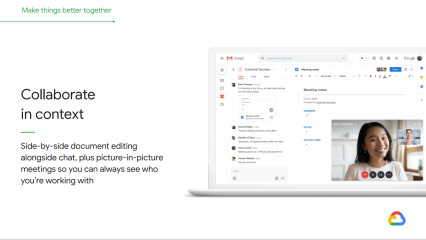 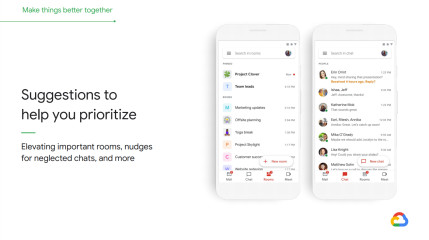 As for the changes on the web, the company is calling it “Your new home for work – right in Gmail”. Notable improvements will be the introduction of ‘Rooms’ and ‘Chat’ in the service. Users will be able to work on shared projects with the ability to exchange files, delegate tasks, and more through Rooms. The feature also integrates with Google Docs for “side-by-side document editing” and picture-in-picture support for Meet calls.

The search giant was rumored to be working on a unified messaging app for business. With these changes, it looks like those efforts have eventually been centered on making Gmail for G Suite users a hub for collaboration and communication. It is currently not clear when the features will begin rolling out to business customers and what kind of controls will be given to admins to tweak the experience.