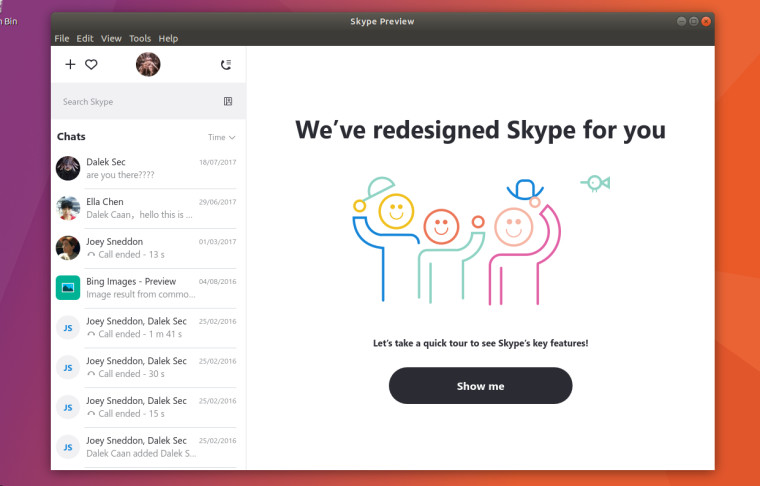 Skype on Linux is getting some love from Microsoft - and some clarity on its multiple betas. Last month, after pushing out a redesigned Skype experience for Windows and macOS, the company did the same for Linux. However, this beta was preceded by a different Skype for Linux beta that already existed on the platform and the new version did not override the old one.

Thankfully, Microsoft has spared Linux users the confusion and rolled both streams of the Skype beta into one, with the redesigned version now available as an update for the old one.

The beta brings with it a fresh new design that is cleaner and more modern-looking than the Skype of yesteryear and also features a dark theme for some extra pizzazz. There are also get new emojis and screen sharing options.

If you're on Linux and want to try out the new Skype experience, you can do so by becoming a Skype Insider here.

Skype is one of Microsoft's biggest and most prominent products, purchased by the company for a massive $8.5 billion, and yet the company's ambitions with regard to the platform have been floundering. With multiple reworks of the design and architecture aimed at modernising the app to bring parity with other messaging services, time will tell if Microsoft is able to hit its target.