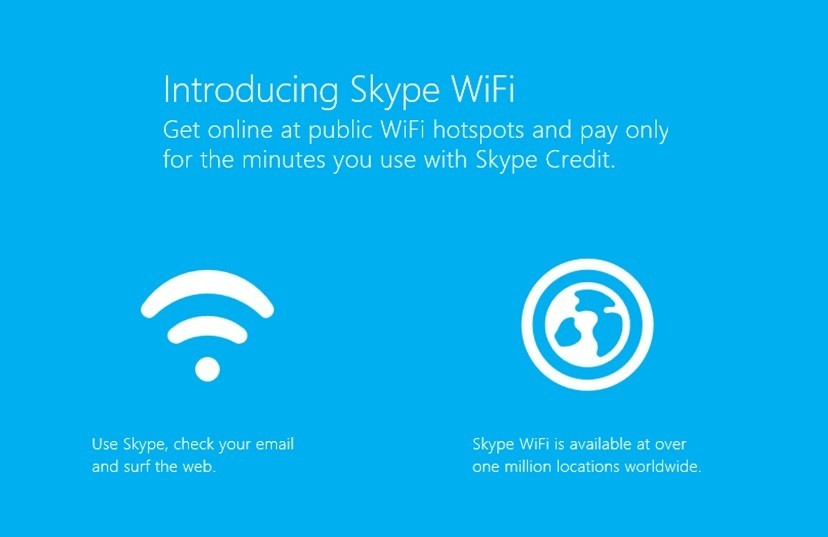 Microsoft will be discontinuing its paid WiFi service at the end of March, with users being advised to use their remaining credit now. Originally called Skype WiFi and later rebranded as Microsoft WiFi, the service allowed users to find hotspots around the world and pay for their connection time with Skype credit.

The service originally came into being back in 2009 when Skype was still an independent company. However, following the subsequent purchase by Microsoft, the paid wi-fi service was restructured and rebranded a number of times, eventually being integrated into Windows 10 itself. In 2015 the system got its biggest overhaul yet, when Microsoft WiFi was officially announced, though the transition to this new, more encompassing service never seems to have taken place.

Now, according to a FAQ page on the Skype website, the service will be discontinued after March 31st, with the team citing it wants to focus on core functionality. Users are being encouraged to use up their remaining credit now or contact Microsoft Support for further assistance.

The Skype team inside of Microsoft has seen staff cuts over the last few years and its fair share of restructuring, so it’s little wonder that extraneous features are being trimmed. However, it’s unclear if Microsoft is looking to fully abandon the paid WiFi gig – the Microsoft WiFi site that previously said “coming soon” has been offline for the past day – and we don’t yet know what will happen to the Windows 10 “Paid Wi-Fi & Cellular” app.