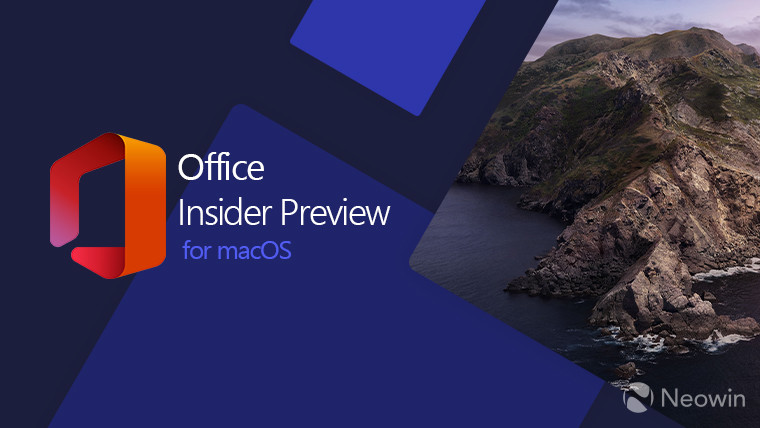 Office Insiders on macOS have a handful of improvements making their way to the suite of apps, as a new build is currently rolling out. Specifically, the update is making its way to those enrolled in the Slow ring, which generally gets updates every month, a few days before the updates make their way to general users.

The update carries version 16.42, with build number 20100402, and one of the big additions is the ability to add "premium" creative content, such as stock photos, images, sticker, and so on, all royalty-free. This feature was brought to Office Insiders on Windows back in April, and Microsoft explained how to use the feature at the time. This content can be accessed in the three major Office apps - Word, Excel, and PowerPoint.

Excel also has a handful of improvements specific to the app, the most notable of which may be the improved performance. If you use formulas such as SUMIFS, COUNTIFS, AVERAGEIFS, MAXIFS, and MINIFS, you'll see that the formulas run more quickly. In Microsoft's example, a quad-core 2GHz CPU would have taken 20 seconds to calculate 1,200 SUMIFS, AVERAGEIFS, and COUNTIFS formulas aggregating data from a million cells in Excel 2010. In this release, the same operation should take 8 seconds.

Microsoft also lists the Visio Data Visualizer add-in's capabilities in this changelog, though the feature has been available since October of last year, and it's not exactly clear what's new this time around. Additionally, Microsoft says it's now possible to refresh queries that pull data from SharePoint or OData within Excel.

Finally, for PowerPoint, it's now possible to automatically apply sensitivity labels based on content in a presentation. When sensitive terms are detected in a file, PowerPoint will recommend or auto-apply the corresponding sensitivity label.

These improvements should make their way to all Office users sooner rather than later now that they're rolling out to the Slow ring, but it may still take some time.