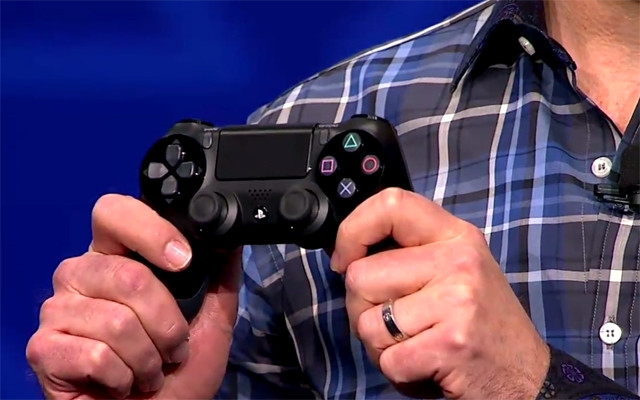 The PlayStation 4's controller was shown at tonight's announcement, but not the console itself.

Perhaps the most interesting aspect of tonight's PlayStation 4 event wasn't what Sony showed, but rather what it didn't show.

Despite teasing the new console's hardware in recent weeks, Sony didn't show the console itself at tonight's event. It was an odd move, although not unfounded, as Microsoft famously announced the original Xbox before revealing its physical appearance.

Sony did show the console's controller, but that was the only piece of PlayStation 4 hardware revealed at the event. Instead, the majority of the event showcased software and games that will be featured on the platform.

Larry Hryb, Microsoft's director of programming for Xbox Live, noted the lack of physical hardware at Sony's show in the following tweet, implying Microsoft will reveal its next-generation console's physical appearance when it's formally announced:

Announce a console without actually showing a console? That's one approach

Hryb followed up that tweet with one stating he was interested in his followers' thoughts on the PlayStation 4 event, saying he'd share his own thoughts on the announcement sometime this weekend.

Much of the PlayStation 4 is still unknown, as Sony was relatively vague with hardware information. Most of the previous rumors about the console proved to be accurate, however.

The only notable difference between recent rumors and Sony's announcement was the fact that Sony revealed the PS4 will feature 8GB of GDDR5 RAM, while most reports indicated it would only feature 4GB. Microsoft's next-generation gaming console was rumored to have 8GB of DDR3 RAM, possibly indicating that Sony may have upgraded the PlayStation 4's proposed hardware recently.

Kazuo Hirai, Sony's chief executive, previously said his company would wait for Microsoft to announce its console before revealing the PS4 so its competitor wouldn't be able to "come up with something better."