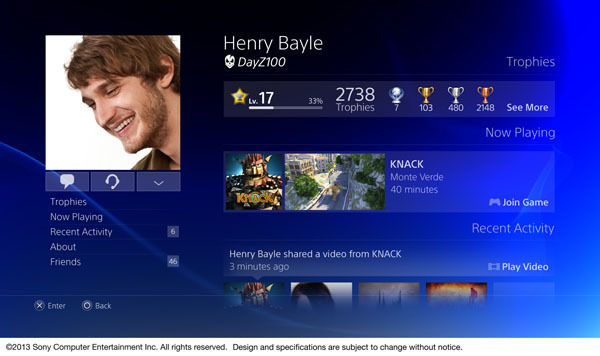 In late February, Sony hosted a conference where it announced the PS4. While the PS4 was not shown and Sony essentially kept 200 journalists and millions online watching a 2 hour long presentation of unimpressive game demonstrations, we did get to see a glimpse of the PS4 UI.

Today, Sony has released more images of the Sony PS4 UI and it’s certainly blue with loads of gradients. While we will leave you to decide if the layout is clean or cluttered, this is our first detailed look at Sony’s upcoming gaming console.

Microsoft is rumored to be preparing for an event in late April to show off what it has been working on for the past few years and we expect Sony to actually unveil the PS4 console around the E3 timeframe.