Microsoft is rumoured to announce the Surface Go 2 soon. The device is expected to target the budget segment of the market and replace the existing Microsoft Surface Go. We have seen plenty of rumours surrounding the device in the past and the recent FCC filing indicates an imminent launch. 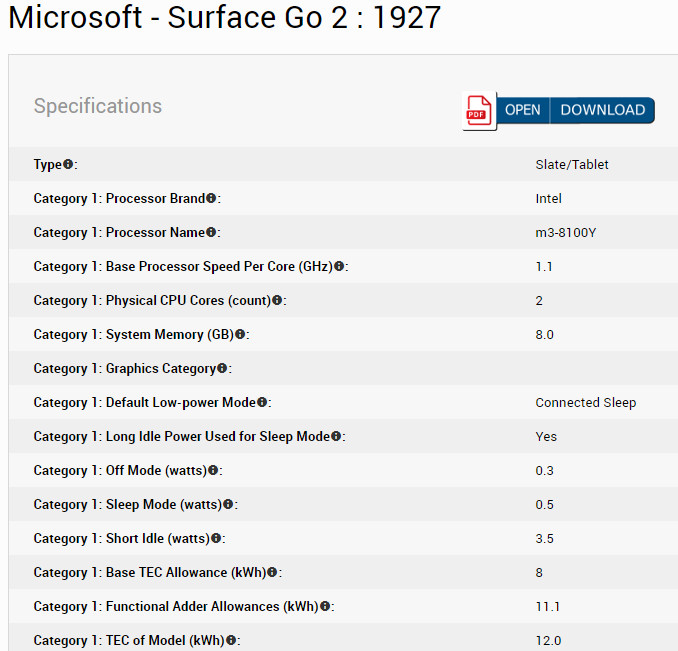 Today, Windows Latest spotted an Energy Star certification that confirms some of the key specs of the device. According to the certification, Surface Go 2 will come with an Intel Core m3-8100Y processor along with 8 GB of RAM. For storage, we expect Microsoft to add at least a 256 GB along with an option to expand via a microSD card. 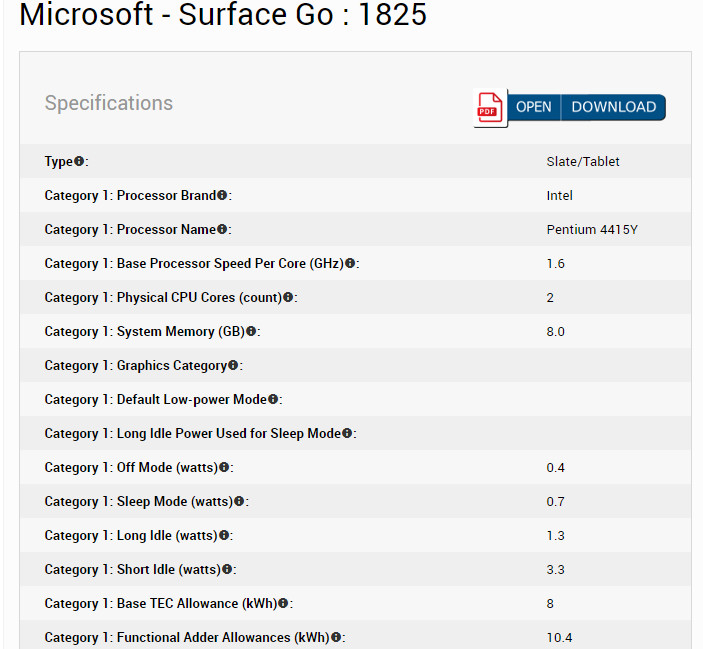 The base Surface Go model will also get a spec bump going from Pentium Gold 4415Y to Pentium Gold 4425Y. The Pentium Gold CPU will be paired with 8 GB of RAM. Again, we are not sure about storage but we expect the base model to come with 128 GB of storage along with an option to expand via a microSD card.

The Surface Go 2 is likely to launch later this month along with Surface Earbuds 2 and Surface Book 3. However, the Surface Go 2 will be aimed at students and people who want a decent laptop to work on the go on a budget.