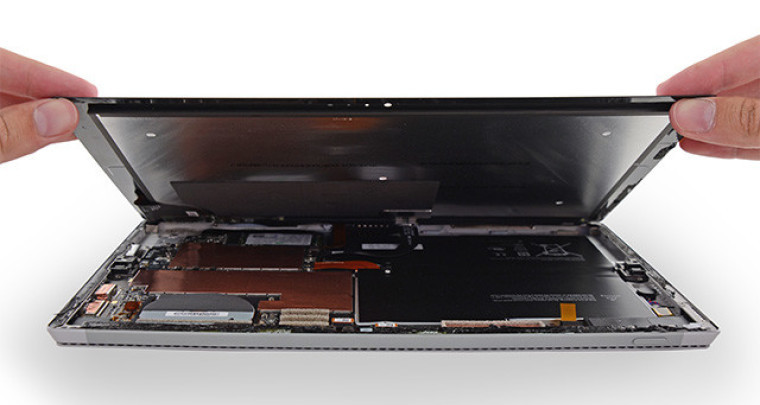 Microsoft’s Surface line has never been known for allowing users to easily fix its tablets, and the Surface Pro 3 is no exception.

In its most recent teardown, iFixit has given Microsoft’s new Windows 8 tablet its lowest score, a 1 out of 10 “repairability” rating – meaning Surface Pro 3 owners will almost certainly not be able to repair the tablet on their own. The website cites copious amounts of strong adhesive, non-standard connectors and difficulty opening the hardware without mistake as factors in the poor score.

Wondering just how difficult the Surface Pro 3 is to repair on your own? On its very first step opening the tablet, the experienced the iFixit staff accidentally cracked the Surface Pro 3’s screen as a result of its fused glass panel and LCD. The website states its engineer “carefully heated and pried up the glass at the edge of the device, but the cooling adhesive alone was enough to crack the glass on our photo table.” 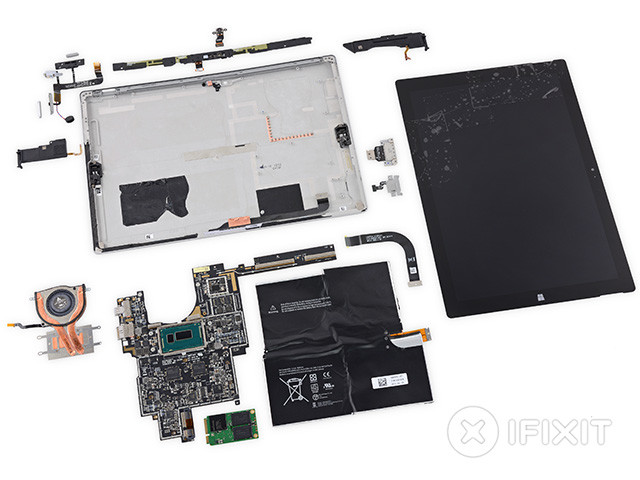 Another difficult repair factor included the Surface Pro 3’s battery using a “tar-like adhesive” to connect it to the tablet’s frame. This adhesive was found elsewhere throughout the device, including on top of the peripheral board, where the front-facing camera resides.

The Surface Pro 3’s poor repair rating shouldn’t come as a surprise, as both the Surface Pro and Surface Pro 2 also received iFixit’s worst score. While some tablets receive better ratings from iFixit (including the Surface RT, which received a 4 out of 10 score), manufacturers almost always insist users send them back for hardware fixes and void warranties for any owner-attempted repairs.