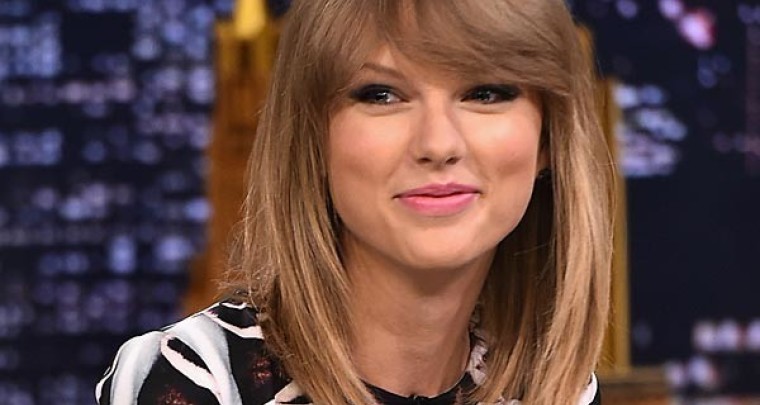 Taylor Swift recently removed all of her music from Spotify (except a sound track from The Hunger Games, 'Safe and Sound') because she didn't agree with the the perception that music should be free. Earlier this year, she voiced her distaste regarding this issue in a Wall Street Journal op-ed stating that:

Piracy, file sharing and streaming have shrunk the numbers of paid album sales drastically, and every artist has handled this blow differently, it's my opinion that music should not be free, and my prediction is that individual artists and their labels will someday decide what an album's price point is. I hope they don't underestimate themselves or undervalue their art.

The Spotify team was understandably quite distressed after hearing her decision and wrote in a blog post that:

We love Taylor Swift, and our more than 40 million users love her even more - nearly 16 million of them have played her songs in the last 30 days, and she's on over 19 million playlists.

We hope she'll change her mind and join us in building a new music economy that works for everyone. We believe fans should be able to listen to music wherever and whenever they want, and that artists have an absolute right to be paid for their work and protected from piracy. That's why we pay nearly 70% of our revenue back to the music community.

But some other people like songwriter, Billy Bragg were not quite so supportive of Swift's decision claiming that she had made her music available on Google Music streaming service which offers listeners a free service alongside a premium subscription tier. He accused her of 'selling her soul to Google' in his Facebook post saying that:

Given that this year is the first to fail to produce a new million selling album, I can understand Taylor Swift wanting to maximise her opportunities with the new record - and it worked: she shifted 1.28m copies of 1989 in the first week of sale.
But she should just be honest with her fans and say “sorry, but Sergey Brin gave me a huge amount of money to be the headline name on the marquee for the launch of You Tube Music Key and so I've sold my soul to Google”.

But Taylor's spokesperson today put the rumors to rest issuing a statement claiming that Swift had made no such deal with Google and that:

Taylor Swift has had absolutely no discussion or agreement of any kind with Google's new music streaming service.

Bragg has also now made a (sort of) public apology on his page saying that he was wrong of accusing Swift of selling her soul to Google and questioning her motives. He has further said that if Swift is going to lead that fight for transparency, she will have his full support.