Microsoft Teams is finally rolling out the ability to let users pop out chats into separate windows for users on the Windows and macOS clients. The feature has been a highly requested one on the company’s UserVoice page, with more than 20,000 upvotes. Today, an official response confirms on that page confirms that the feature is rolling out to all users (spotted by OnMSFT).

The ability to pop out one-to-one or group chats in a separate window is a welcome addition for users that tend to prefer opening separate windows and switch between them for chats. These windows can be resized and repositioned just like any other window. While the feature began showing up for some users last month, it is now being made generally available. 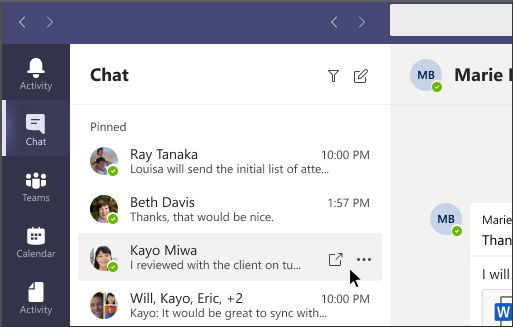 There are multiple ways to pop out a chat window in addition to the usual double-click action on the conversation from the chat list. Users can hover over a chat in the list, click on the ‘More options’ ellipsis, and hit the pop-out chat icon. There is also a dedicated icon in the chat window itself that lets users pop out the chat. Users can even type “/pop” in the command box at the top and choose that chat they want to open in a new window. ​​​​ 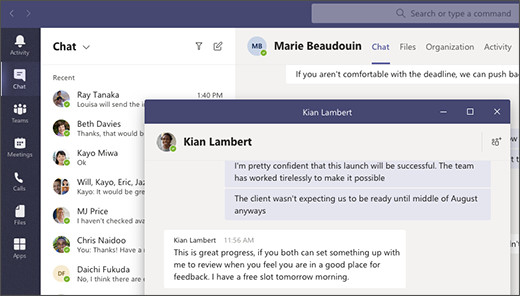 The ability to open a conversation in a separate window is a welcome addition for users that are accustomed to using different windows and are comfortable with switching between multiple chats, especially through the Alt+Tab shortcut. It must be noted, however, that the feature is available only for the Windows and macOS desktop apps. The web client and the apps on Linux, Android, or iOS do not still have this feature.