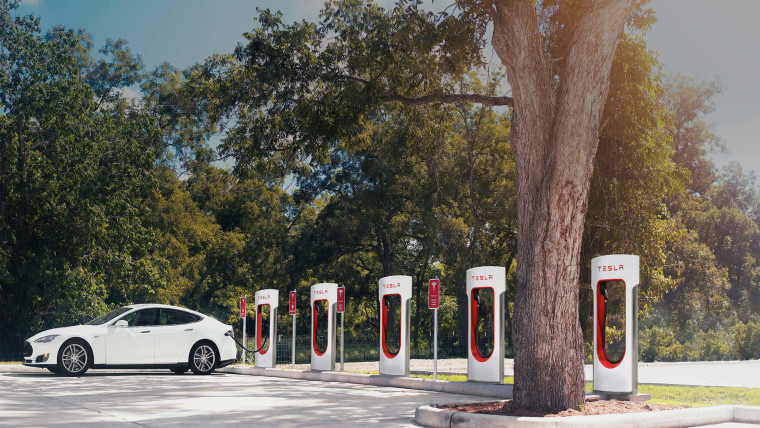 Although electric vehicles don't fuel up at typical gas stations, they do sometimes need to gain a quick charge while being out and about. Typically, you'll find these public charging stations located inside parking garages at malls, schools or even offices. If you are a Tesla owner, you'll have access to the firm's own network of Supercharging stations that offers 769 stations located throughout North America. Unfortunately, it appears that some users have been hogging the station, making it difficult for others to gain access. Tesla will now implement a new fee that will be charged to those that remain plugged into the station after completing a charge.

The new fee is meant to put some urgency in the matter when folks are topping up at Tesla's Supercharging stations. Previously, when finished, you could stay at the charging station indefinitely - this was causing a problem where Tesla owners wouldn't be able to charge their vehicle in a timely manner. Now users that insist on being plugged in after receiving a full charge will incur a fee that will be billed at $0.40 per minute. The fee will begin once the vehicle has been topped up and the vehicle remains plugged in at the station for more than five minutes.

Tesla has stressed that this move is not about increasing revenue for the company, but making sure that all customers have a chance of using the Supercharging stations.

Source and image: Tesla via Jalopnik