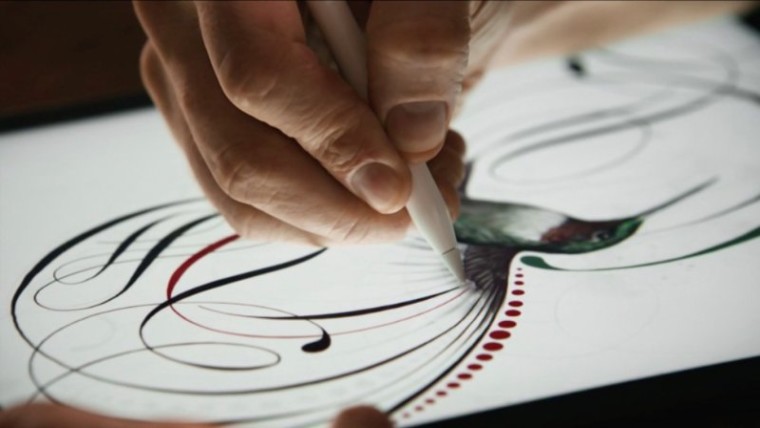 Earlier this year, Apple revealed its $99 pencil-inspired accessory to complement the latest iPad variation. As seen with many other productivity oriented tablets, the iPad Pro supports a digital pen for navigating the user interface, inputting handwriting and a range of other creative activities.

One of the main critiques of the Apple Pencil’s design is how the stylus is charged: via a connection to the iPad Pro. To connect the pencil, an adapter is exposed from the pencil's end, which connects to the tablet's lightning port. While this may remove the need for an additional charger, its practicality has been questioned.

As the feature relies on the pencil’s durability when obtruding from the tablet, profound stress-tester Zach Straley has produced a video investigating how much tension the Apple Pencil can withstand. While the stylus' casing does eventually snap, the connector still functions after the video, despite being bent at sharp angle. In the video, Straley does note ‘cracking’ sounds coming from the pencil throughout the test, but heavy pressure has to be applied to the stylus before it gives way. The design of the pencil means that the connector slides out of the port when under pressure, saving the pencil from substantial damage.