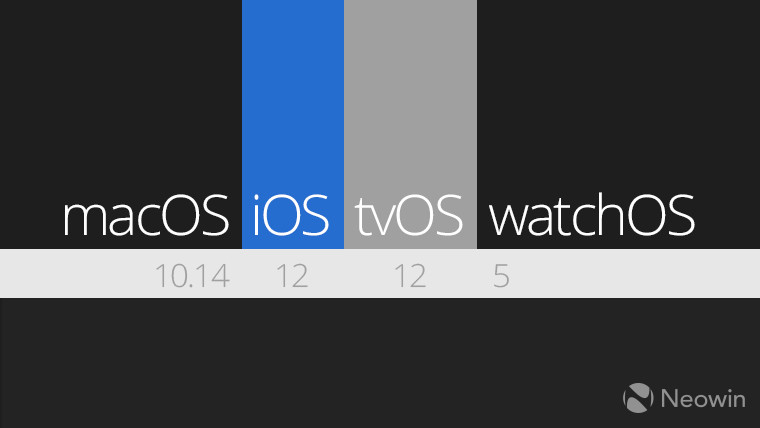 Today was the first day of Apple's annual developer conference, WWDC. As always, the company announced the next major updates to iOS, macOS, watchOS, and tvOS. The updates include loads of new features across the board, and as usual, the first developer betas have been released immediately following the keynote.

You should be aware that along with the new features, there are quite a few known issues. That's always the case when it comes to the first major developer betas of an update. As was the case with iOS 11, Skype will likely crash when you try to sign in on iOS 12. Also, some banking apps, such as those from Citi Mobile and Bank of America might not work. Some EA games like Real Racing 3 and Sims 3 Free Play also might crash.

The macOS 10.14 Mojave beta contains the same 64-bit testing mode that previous builds did, so it seems that Apple hasn't ended 32-bit app support just yet. However, even when the mode is turned off, it will present a deprecation alert to the user.

If you were looking forward to the Walkie-Talkie feature of watchOS 5, you'll be disappointed to learn that it's not part of this release. And again, all of these builds contain a wide range of known issues. If you're going to install them, it's highly recommended that you read through the release notes in Apple Developer.