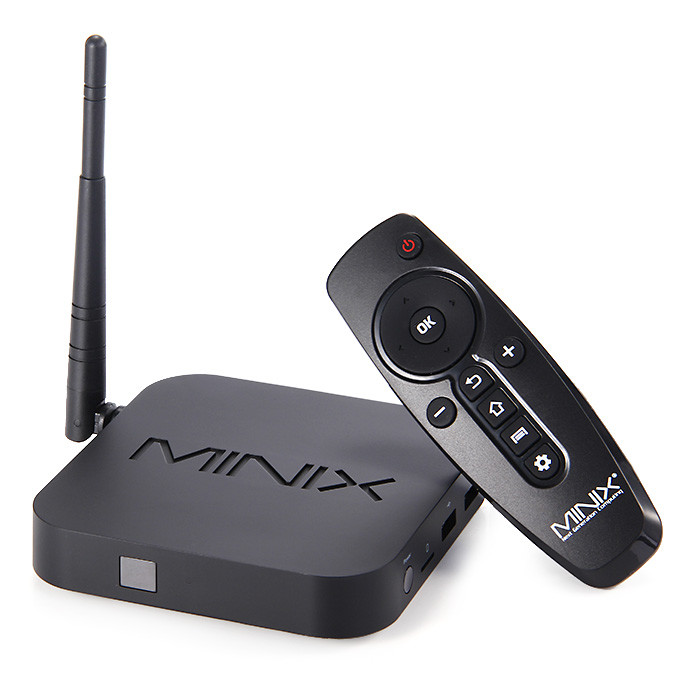 Minix has earned itself the reputation of being the 'Ferrari' of Android TV boxes. Not only due to the great build quality and support, but also due to the higher price tag they usually carry over their competitors. Almost all of the criticism their products received was over the the limitations of Android, but their latest device might bring a solution to that issue. Today, Minix has introduced a new Intel Atom-powered TV box with two variations: the NEO Z64 range, with the NEO Z64A with Android and the NEO Z64W with a full version of Windows 8.1 with Bing.

The specifications are fairly decent, especially if a user's goal is to have the NEO Z64 as a dedicated media center. Featuring the 1.83 Ghz quad-core Bay Trail Atom Z3735F, they can easily chug through 1080p content on both operating systems. This is complemented with a healthy 2 GB of memory so they can, more or less, handle most tasks without much difficulty.

The two variations appear to have the same specifications, but they have about a $30 difference in pricetag; for whatever reason, the Windows version is $30 more expensive than its Android counterpart, at least for the pre-orders on Geekbuying. This seems rather strange given that the Windows version would almost certainly require less support from Minix (for example, rather than Minix having to customize and vet every update, Windows would update like any other Windows computer requiring no input from Minix).

At this point calling these devices "TV boxes" or "TV sticks" is largely incorrect, especially given that they've started shipping with x86 processors and featuring full versions of Windows. Nevertheless, since they appear to be designed around being used as a TV device (including an IR receiver and IR remote) they're still referred to as such. It will be interesting to see what 2015 has in store for the mini-PC revolution, especially with companies like Intel getting in on the fun.