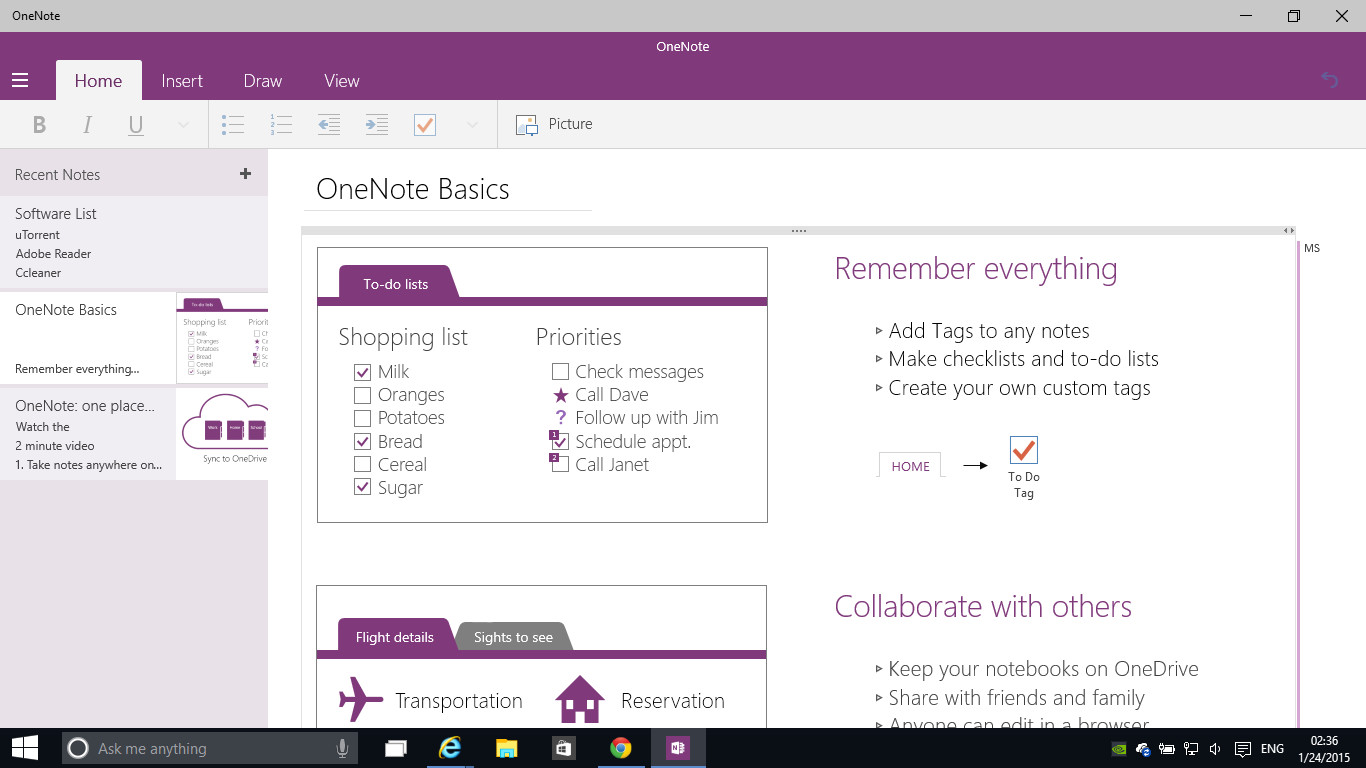 Microsoft has recently released the January Technical Preview of Windows 10 with Cortana integration, updated icons on the desktop, Continuum, and a beta version for the new Store. But there is something that almost went unnoticed, as you can probably see in the image above.

Build 9926 comes with a completely revamped OneNote app, which may be the first preview of an Office Touch app that we've seen running on Windows. There are a number of UI changes and features that bring it closer to what you have today for iOS, although it is a bit limited at this point as it is a work in progress.

As you open the app you'll notice "Office" above the OneNote icon and "Preview" below, and you'll be greeted by a message that says it has problems with text input in a few Asian languages; this will get fixed with an upcoming Store update.

The sidebar from the left now includes options for giving feedback, printing and also accessing settings for accounts and sync, which are a bit more refined than in Windows 8.1. You can now choose to only sync text if you are on a slow or metered internet connection.

Now the app has a titlebar, and a few of the familiar ribbon tabs in a touch-friendly form, and no more radial menu like in the old app. At the moment, you can only do some of the things you can do in the iOS version, but among the new items you have are the option to attach a document or picture, add checkboxes, create basic tables, and highlight text with your fingers.

While we dig through the rest of the app, have a look at the gallery to see the new OneNote app in action below.