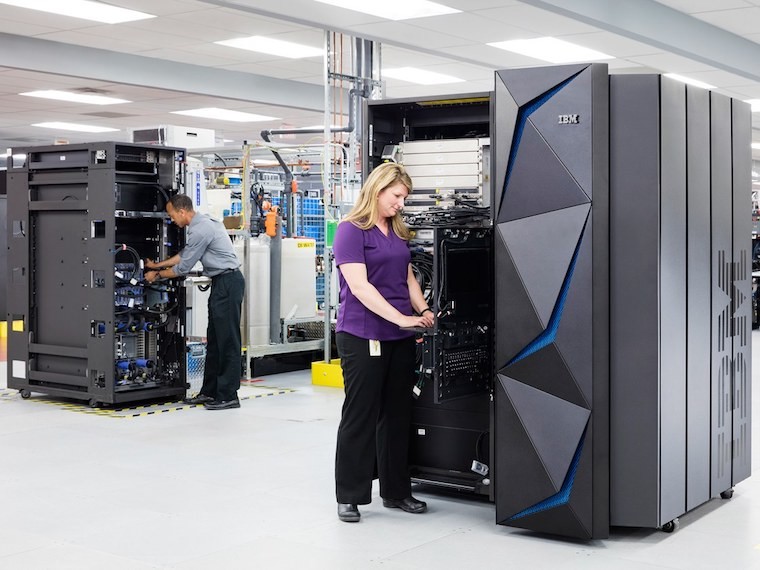 IBM unveiled the new Z Mainframe that is designed to usher in the new generation of data encryption. The machine is capable of 'pervasive encryption', meaning it can essentially encrypt all the data, all the time, at any scale. To put that in perspective, IBM Z can run more than 12 billion encrypted transactions per day, and encrypt up to 13 gigabytes of data per second, times 24 (the number of its total processing chips).

The machine is designed to safeguard predominantly financial transactions and keep cyber attacks at bay while it also aims for automatic financial regulatory compliance with all the latest confidentiality and data protection laws like the EU’s General Data Protection Regulation (GDPR). With more than nine billion data records lost or stolen since 2013, out of which only 4% were encrypted, it's only natural that the need for high-end encryption is more than necessary.

"The vast majority of stolen or leaked data today is in the open and easy to use because encryption has been very difficult and expensive to do at scale."

"We created a data protection engine for the cloud era to have a significant and immediate impact on global data security."

IBM Z utilizes 256-bit AES encryption which essentially renders all the data, in the implausible event of it being stolen, unusable as this level of encryption can't be broken by any type of technology at this time. Even though the Z Mainframe is built with financial institutions in mind, the encryption protocol can be applied to any level of network, ranging from applications and cloud services to local databases.

There is no doubt that IBM is taking the cybersecurity industry a step further and strives to make the online world a safer place. Even though there is no such thing as perfect security, IBM Z is the closest thing we can currently get to it.