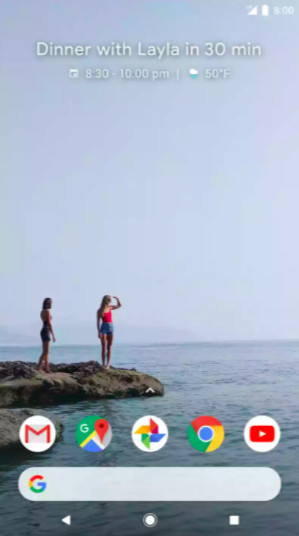 The Google Pixel 2 and Pixel 2 XL were announced last week and although it is running the latest Android 8.0 Oreo, things look a little different compared to what you might see when using a Pixel and Pixel XL running the same OS.

Naturally, Google changed things up a bit for the new release to bring added value, but it looks like now you too will be able to get that same look on your own Android device regardless of the brand. According to the folks at XDA Developers, the Pixel Launcher from the Pixel 2 is now available for download and is compatible with Android 5.0 Lollipop and above. While it should work, there could be anomalies, with some handsets rejecting it.

As a side note, the Google Now panel will not work if the Launcher is installed on a non-Pixel or Nexus device. But, if you're still interested, you can head to the source link below to give it a go. If you're going to hold out for the genuine experience, the Pixel 2 and PIxel 2 XL will arrive in the coming weeks. Those local to a Verizon store can now head there to get an early hands-on with the devices.