An abundance of information has been slowly churning out regarding the iPhone 6, which is rumored to be released later on this year. Recently, a video was posted which showed a sapphire display panel for the iPhone 6 being stress tested with numerous objects. Now, a follow-up video shows that this component may not be made of pure sapphire after all. 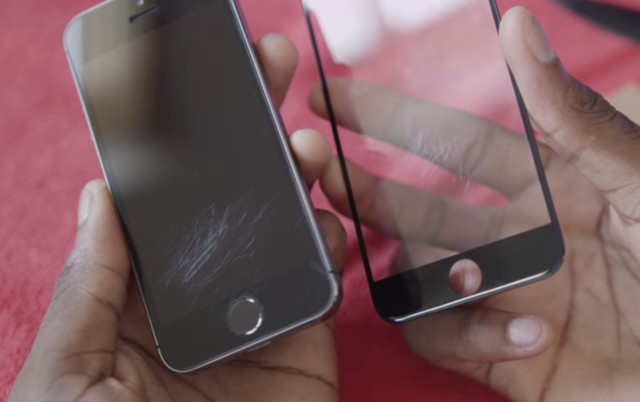 Marques Brownlee had acquired the display panel from the well known leaker, Sonny Dickson, and has tested this piece of hardware once again. However, this time around he uses Mohs scale of mineral hardness. The scale runs from 1 to 10; 10 being the hardest. The last time he tested this display panel, he used his steel knife, which is rated at 5.5, and it did not leave a scratch on this very same component.

In the follow-up video, Brownlee used both garnet sandpaper (rated at 7 on the Mohs scale,) as well as emery sandpaper (rated an 8) for this video. While the screen for the iPhone 6 was scratched, the TouchID sensor on the iPhone 5s was left unharmed, due to the fact that it is made of sapphire crystal. It is a strong possibility that in order for Apple to cut the costs of manufacturing, the new display panel had to be a hybrid of both glass and sapphire, as suggested in a patent filed by Apple back in 2013.

If you'd like to watch the whole torture test, check out the video below.