Microsoft's answer to Apple in the battle of two giants is coming closer and closer. On September 15th the Zune HD is going to launch and change the face of Microsoft in the battle. Yesterday, the picture (which can be seen here) for the box of the new Zune HD was all over the internet. The picture was courtesy of CrazyphoneGuy of Twitter and his Twitpic account. One thing to note is that the box is in colour which differs from the previous boxes. 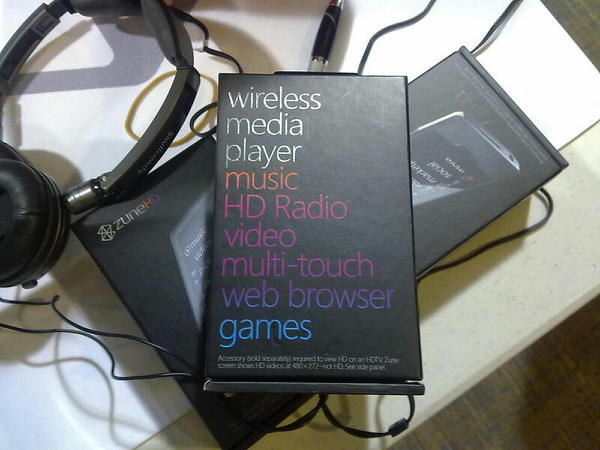 According to him, the Zune HD did not appear at both of his Best Buys in the Houston area. Another person, a certain Matthew Arkin though was lucky enough to get to see the Zune HD at his local Best Buy today according to Engadget he was able to shoot video footage of the "Apps" on the Zune HD. This item resides in the "Marketplace" section on the device. More on that can be found at Neowin. Also spotted in the picture was the long-confirmed Games. These games will be taking advantage of the Nvidia Tegra Chip. Apparently Arkin asked the rep if there is going to be an SDK and he got a yes answer. That can only mean more good news for developers and customers.

So have any of you been able to catch a glimpse of the Zune HD at your local Best Buy store? Or has it been a no-show for you? Also, what do you think of the Zune HD Box? Like all the colours? Or do you want the old box back?