Carbon-based fuels are used by most cars and power plants to produce energy, but the release of CO2 molecules to the atmosphere in the process adds to global warming, a pressing issue of our time. That is why scientists have been pursuing for years a way to convert CO2 back to reduced forms of carbon, removing it from the atmosphere.

In fact, nature itself already does something like that through photosynthesis, a complex chain of reactions that uses sunlight to convert CO2 into oxygen and glucose. This natural process has already served as inspiration for lots of scientists. Unfortunately, they have only succeeded in this task by using expensive materials, such as platinum, rhenium and iridium, or by using titanium dioxide, which is only useful in the presence of ultraviolet light – only a mere four percent of the sunlight – until now.

Fernando Uribe-Romo, an Assistant Professor from University of Central Florida, has announced the development of an artificial photosynthesis triggered by blue light. By using a synthetic material called metal-organic framework (MOF), made of titanium and an organic molecule that acts as antenna, Uribe-Romo and his students were capable of converting CO2 into oxygen and formate and formamides, two reduced forms of carbon.

This artificial photosynthesis could be used in the future to recycle the CO2 produced by burning carbon-based fuels. That would be possible because both formate and formamides produced in the process can also be used as fuel by power plants.

A team of engineers from the University of California San Diego has developed the simplest technique to make bricks from Martian soil so far. In contrast to previous proposals that would require nuclear-powered brick kilns or complex chemistry, this new technique works without the addition of any other component and without baking.

In order to achieve that, the engineers had to enclose the Mars soil simulant in a flexible container – a rubber tube - and to compact it at a high enough pressure – the equivalent of a 10-lb hammer dropped from a height of one meter.

Through investigation of the simulant's structure, the team has inferred that the iron oxide, responsible for the reddish hue of the Martian soil, acts as a binding agent. Also, the team has found that the resulting bricks are stronger than steel-reinforced concrete. The next step in the research is to increase the size of the bricks.

NASA's Cassini spacecraft dives between Saturn and its rings

For the first time ever, a man-made spacecraft has passed through the narrow gap between Saturn and its rings. As it has entered the region, the spacecraft lost radio contact with Earth because its antenna was rearranged to protect science instruments from the possibility of damage caused by particles in the rings. But at 11:56 p.m. PDT last Wednesday, NASA's Deep Space Network Goldstone Complex in California's Mojave Desert acquired signals from Cassini once again.

During its dive through the then-unexplored region, the spacecraft came within about 1,900 miles (3,000 kilometers) of Saturn's cloud tops and within about 200 miles (300 kilometers) of the innermost visible edge of the rings. NASA has even released the following 360-degree animated video to show to the public how Cassini’s Grand Finale dives would look like. 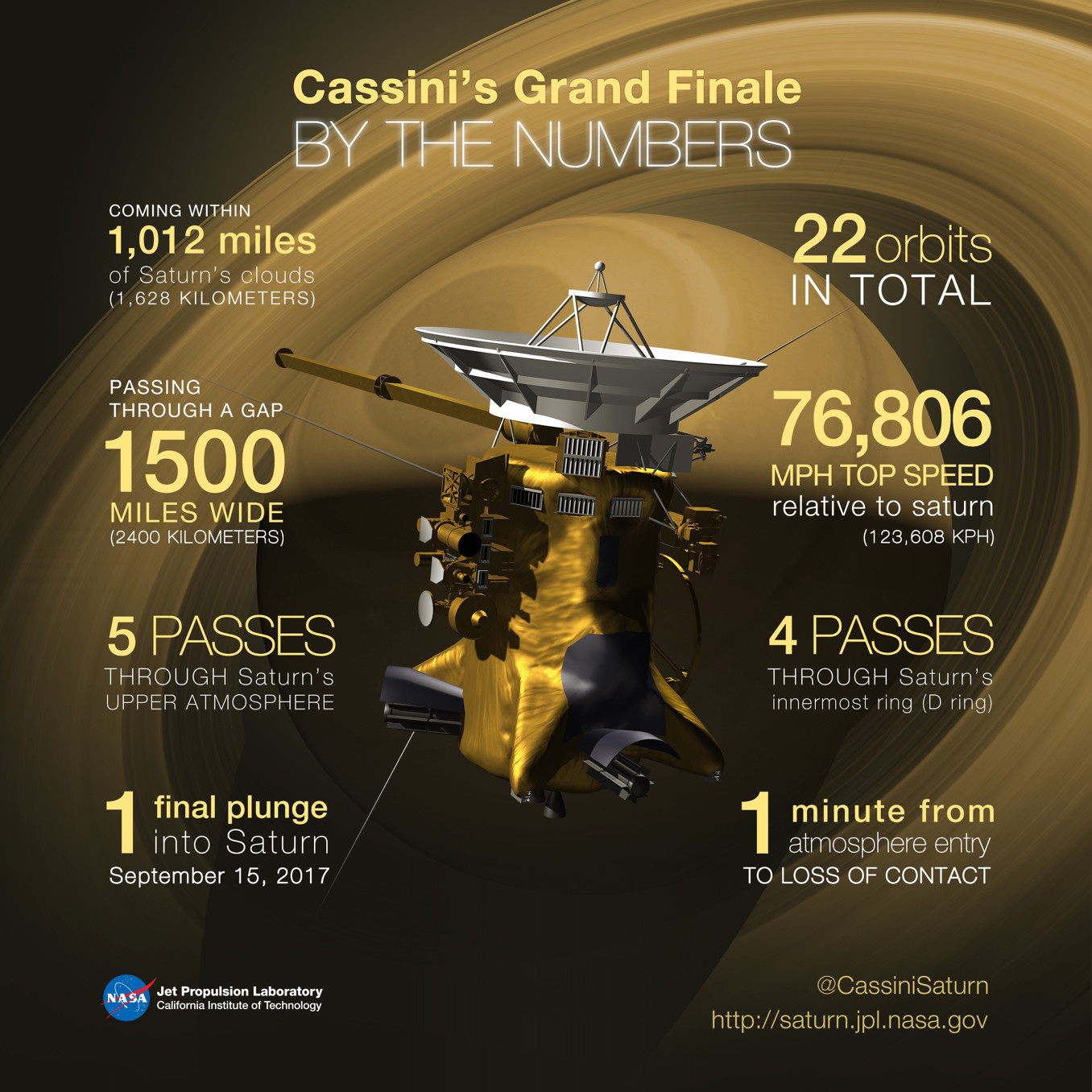 As stated by Jim Green, director of the Planetary Science Division at NASA Headquarters in Washington:

In the grandest tradition of exploration, NASA's Cassini spacecraft has once again blazed a trail, showing us new wonders and demonstrating where our curiosity can take us if we dare.

Cassini is expected to dive again through the gap on May 2. Its Grand Finale mission will end when the spacecraft finally enters Saturn’s atmosphere on September 15, 2017.