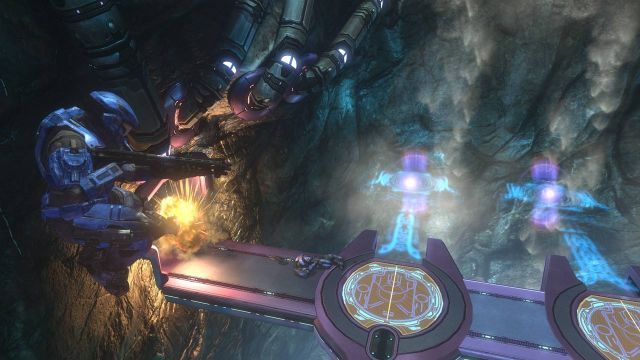 There are lots of major games due out this week. We hope your wallet can handle it.

Halo Combat Evolved Anniversary - Microsoft releases this graphically revamped version of Bungie's first 2001 game in the best-selling sci-fi series for the Xbox 360 console. Not only does the game get a new coat of paint but it can now be played online in multiplayer and co-op mode for the first time; our review of the game will be up very soon.

Assassin's Creed: Revelations - Ubisoft's biggest current game series returns again for its yearly installment for the Xbox 360 and PS3 consoles. The open world third person action game set in the Renaissance era (sort of) features some sequences in the first person and has all three major characters in the series: Ezio, Altair and Desmond.

Need For Speed The Run - Electronic Arts releases the latest game in its long running racing game series for the PC, Xbox 360, Wii and PS3 platforms. This story-based game centers on a cross-country race from San Francisco to New York City and, for the first time in the series' history, features some out-of-the-car action sequences.

Saints Row The Third - THQ brings us this newest installment of the open world crime action game series for the PC, Xbox 360 and PS3 platforms. The action moves to a new city, Steelport, with the Saints gang going after a rival group, the Syndicate.

Jurassic Park The Game - Telltale Games brings us their latest downloadable episodic game for the PC, Xbox 360 and PS3 platforms. This first part of a four part series brings us back to the island where genetically engineered dinosaurs like to eat things ... including people.

Ultimate Marvel Vs Capcom 3 - Capcom brings us a new version of its latest fighting game for the Xbox 360 and PS3 consoles with a lot of new fighters, new stages, new gameplay modes and more.

Rayman Origins - Ubisoft offers up this side-scroller game for the Xbox 360, PS3, and Wii consoles featuring the early life of Rayman, one of Ubisoft's oldest game characters.