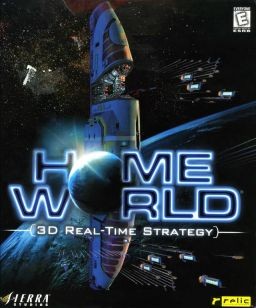 Want to buy one of the most well respected PC game franchises of all time? You now have your chance. THQ, which sold off most of its current and future game development assets a few weeks ago, is now taking bids for the remaining game IP it controls.

THQ's press release goes over the six lots of game properties it is selling off. One of them is the rights to the Homeworld games, a series which THQ didn't actually publish. The space-based RTS series was developed by Relic Entertainment and published by Sierra. Relic was later acquired by THQ which then acquired the Homeworld series.

The Red Faction first person shooter series from developer Volition has its own lot, as does the Darksiders series and the MX off-road racing series. Another IP bidding lot has a ton of other THQ games, including the Titan Quest, Summoner and other franchises, while the final lot has a number of game series that THQ licensed from other owners.

Bids will be taken until April 1st and the final sales are expected to be completed sometime in mid-May. THQ clams that they have already received "more than 100 expressions of interest" in the remaining games it owns.