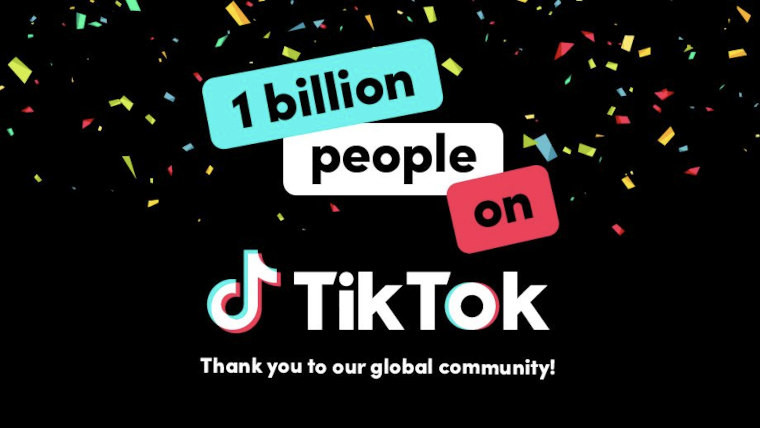 With it reaching 1 billion active users, the service has joined an exclusive group of social media platforms that boast over a billion users. That group consists of Facebook, WhatsApp, Instagram, YouTube and WeChat. Passing this incredible milestone could cement TikTok’s place as an essential social media app for many and even those who do not join will still be exposed to TikTok videos on a daily basis through other mediums such as Facebook Messenger when friends share them or on social media feeds.

In its announcement, the TikTok Team said:

“At TikTok, our mission is to inspire creativity and bring joy. Today, we're celebrating that mission and our global TikTok community. More than 1 billion people around the world now come to TikTok every month to be entertained as they learn, laugh, or discover something new. We're honored to be a home for our immensely diverse community of families, small businesses, and creators who transform into our favorite stars.”

✨ 1 billion✨ people on TikTok! Thank you to our global community 🎉

In terms of social media platforms that have a global reach, Telegram and Snapchat are the next likely contenders to reach a billion users according to Statista data, though, they’re a way off.