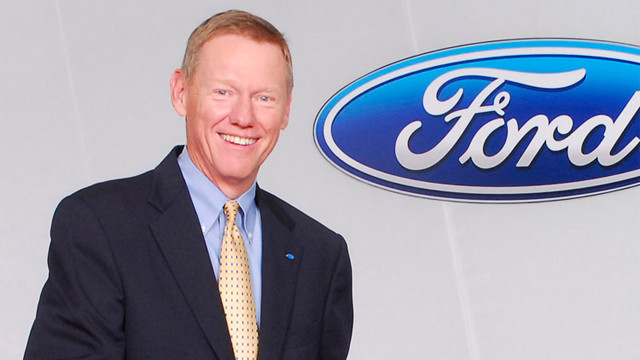 Three of Microsoft's top 20 investors want Ford CEO Alan Mulally or Computer Sciences CEO Mike Lawrie as the company's next chief executive when current CEO Steve Ballmer retires within a year, according to a new report from Reuters.

The shareholders could have some sway, according to the Reuters report, as the special committee in charge of Microsoft's CEO search has reportedly sought the input of top investors. Microsoft made no guarantee to shareholders that their suggestions would be considered.

Mulally, who is credited with turning Ford around since being named its CEO in 2006, has no experience in the technology industry but was an engineer for Boeing before becoming chief executive of the company's commercial airplane subsidiary. The former engineer's name has been brought up by several analysts as a premier choice who could potentially reinvigorate Microsoft, which has remained extremely profitable under Ballmer but seen its overall market worth drop dramatically.

On Friday, however, Mulally told Bloomberg that he would remain Ford's chief executive "until at least the end of 2014." Reuters claims Mulally would consider stepping down earlier if offered an "appealing new role," according to its sources.

Lawrie, who has served as the Computer Sciences CEO since 2012, would likely be a darkhorse candidate for the top Microsoft position, though he has an extensive technology background, having served as an IBM employee for nearly 30 years. Prior to joining Computer Sciences, Lawrie spent about a year as a general partner at ValueAct Capital, an activist investment group that invested $2 billion in Microsoft in April. Microsoft recently announced ValueAct President Mason Morfit has the option of joining its board of directors following a shareholder meeting in November.

Technology companies hiring CEOs without experience in the industry have seen mixed results at best, with Apple's decision to hire John Sculley from Pepsi being the most notable failure. Sculley famously fired Steve Jobs from the company he co-founded.

Steven Elop, who is slated to return to Microsoft when the deal for Nokia's smartphone business completes early next year, is widely regarded as a front-runner to be Ballmer's replacement. Elop headed Microsoft's Office division prior to being named Nokia's CEO in 2010, a position he stepped down from when the deal with Microsoft was announced.