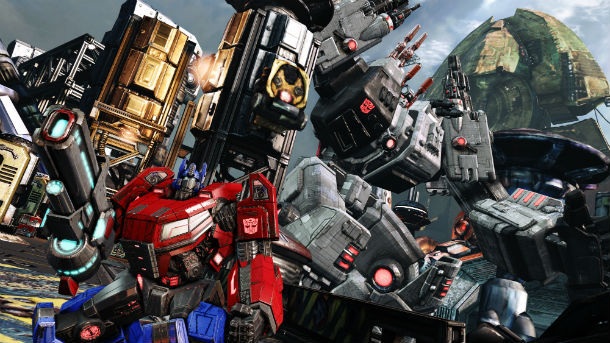 On August 21st, Activision will release Transformers: Fall of Cybertron, the latest action game from the publisher based on the Hasbro sci-fi toy series. The game will be coming to the PC on that date alongside the Xbox 360 and PS3 ports. Now, the first details of the PC version have come to light.

While the console versions are being made by High Moon Studios, the PC port will be made by another developer, Mercenary Technology. GameSpy.com reports that the PC team will be adding Steamworks support to the game, along with improved art textures, lighting, and shadows compared to the console ports. Unfortunately, the PC version won't support any DirectX 11 graphics features.

PC gamers concerned with how Transformers: Fall of Cybertron will handle the transition from a console gamepad to a keyboard/mouse combo should be happy. Activision Associate Producer J.D. Livergood states, "We want to make sure that keyboard and mouse controls feel organic, like it was designed for them from the outset."

While the PC version will be released as a boxed retail product for other parts of the world, the US will get the game exclusively via digital download. Finally, any future DLC releases for Transformers: Fall of Cybertron will be launched for the PC version alongside its console counterparts.