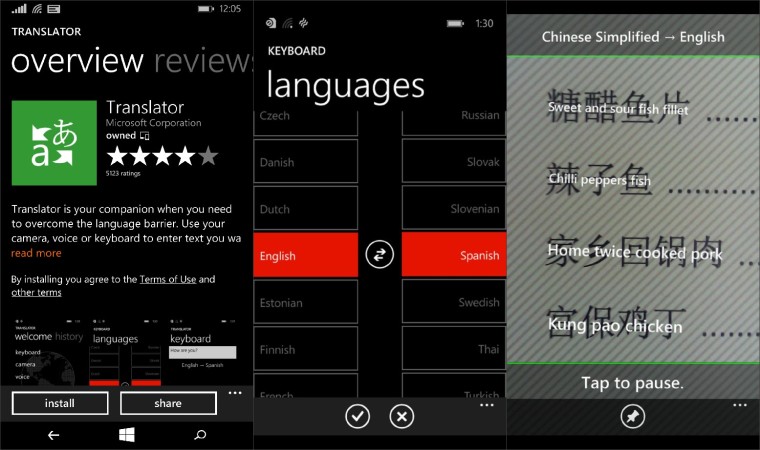 Microsoft's Translator application on Windows Phone has just been updated to version 3.2. With the newest update to the app comes a significant rollout of several new languages supported through the application's spoken language conversion tool.

Like Skype's real-time translation tool, Translator can convert certain supported languages between one another just by activating the app's speech tool and speaking the word/phrase you wish to translate. For instance, if your native language is English and need a spoken phrase translated into Spanish, simply selecting your spoken language to the intended language of translation is all you need to do prior to speaking into your phone.

With the 3.2 update, Translator brings in the following supported languages:

If you're not familiar with the capabilities of the app, Translator also can work as a text-to-speech converter, pick up written language through a Windows Phone camera and even has an offline mode for some functions of the application when you're away from an internet connection. The new update is already live and can be download via the Windows Phone store.