High-speed photography always amazes me at what can be produced when you simply slow down the world. Natural motion, such as frogs jumping, can look captivatingly beautiful when shot at thousands of frames per second, and can make nature shows amazing to view. Destruction also looks superb when slowed down, with shows such as Mythbusters frequently making use of the technology. 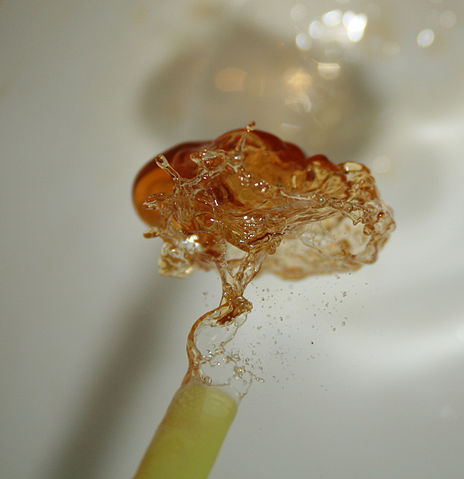 The actual technology behind high-speed photography and cameras is quite amazing. A normal everyday-Joe camera usually records at 30 or perhaps 60 frames per second (FPS), meaning that the shutter must activate 30-60 times every second. However with a high-speed camera, the shutter must move much faster to achieve speeds of over 1,000 frames per second: a fairly common frame rate for slow-motion videos.

Cameras don’t stop just at 1,000 frames per second though, they can continue upwards into millions and millions of frames per second at lowered resolutions. In fact, the supposedly “fastest” high-speed camera in the world can record at 200,000,000 (200 million) frames per second, making “even the fastest moving objects look like they are standing still.” Of course the image quality from this camera would not be very good, even though it demanded a $457,000 price tag.

On the more reasonable side of slow-motion cameras, the company Vision Research manufactures many different types, including the popular Phantom Flex camera. The Phantom Flex is used by many ad companies and film makers on their productions (such as the recent Sherlock Holmes sequel), and can record up to 2,570 frames per second at a Full HD 1080p resolution. That is around 105 times slower than real motion if played back at the movie standard 24 frames per second.

To record at these sorts of speeds with a 1080p resolution the camera needs to utilize high-speed RAM to store the images. Even with 32 GB of RAM on-board, the camera can only record up to 10.3 seconds worth of footage at 1,000 FPS, taking up 3.6 GB of space every second. Keep in mind though that while 10 seconds sounds like not much, at 40x slower than real time, to watch the short clip it would take around six and a half minutes.

The Phantom Flex is not the only camera Vision Research produces; in fact they have much faster cameras available if you want to sacrifice image quality. Their Phantom v1610 records a whopping 18,100 FPS at 1280 x 720 (~750x slower than real-time) and can go up to 1 million FPS (41,500x slower than real-time) at 128 x 16. Just one second of footage at 1 million FPS would take a lengthy 11.5 hours to watch.

Other cameras are available for other purposes, such as Photron’s FASTCAM BC2 HD, capable of 2,000 FPS at 1080p which is perfect for TV stations wishing to capture high-speed footage for sport.

If you are reading this and thinking “hmmm…. maybe I’d like a high-speed camera to create cool footage” think no more. Cameras such as the Phantom Flex will cost you over $200,000 as the intricate technology and high-speed recording equipment along with the professional-like nature of the cameras makes them very expensive.

While you save up your cash, I suggest you check out theslowmoguys on YouTube as they use cameras such as the Phantom Flex to record cool high-speed footage. Below is a video of them smashing mugs at various frame rates.