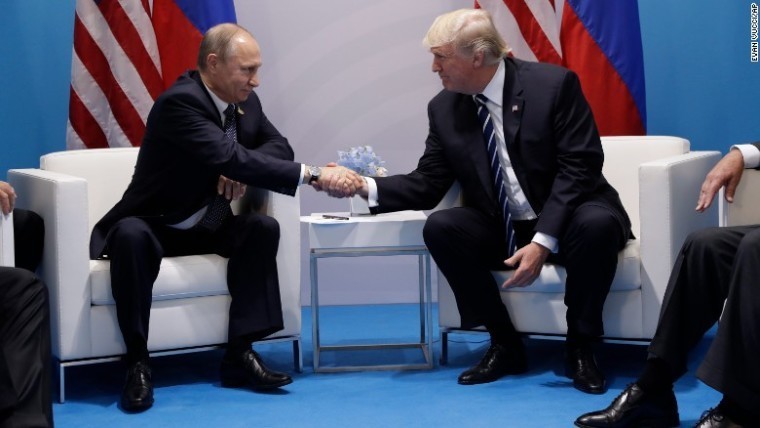 Following a meeting at the G20 summit, President Trump has revealed on Twitter that he talked to Russian President Vladimir Putin about creating an "impenetrable Cyber Security unit" that would protect against "election hacking, & many other negative things."

Putin & I discussed forming an impenetrable Cyber Security unit so that election hacking, & many other negative things, will be guarded..

He did not disclose any more details about what this would mean, but he has left many people baffled by this statement, as multiple US intelligence agencies have concluded that the Russian government attempted to meddle with the election by conducting cyber attacks against the DNC’s servers and various voting systems. Senator Marco Rubio responded that working with Russia on cybersecurity is akin to "partnering with Assad on a Chemical Weapons Unit."

President Trump did not reveal what Putin's response was to the concept of creating a unit that would see the US and Russia working together on cyber security issues.