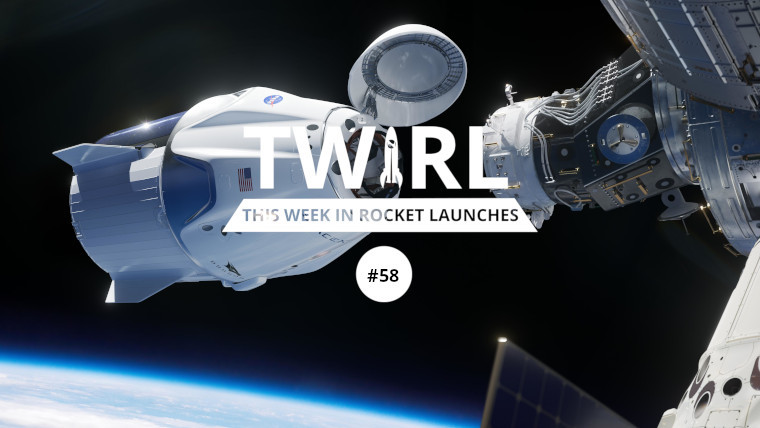 We had many unexciting weeks in terms of rocket launches this year but things are about to change. Interestingly, we’ve got two manned missions from the private sector. The first is another Blue Origin’s New Shepard mission and the other will see Axiom Space astronauts ride SpaceX’s Crew Dragon to the space station where they will spend the week. Unfortunately, this crew won’t reach the ISS until Sunday and on Wednesday, three astronauts will be leaving the space station after a year-long mission so we won’t get to see 14 people in space all at once, the current 10 will become 11 instead.

The first launch of the week is Blue Origin’s New Shepard rocket. The mission is dubbed NS-20 and will carry Marty Allen, Sharon Hagle, Marc Hagle, Jim Kitchen, George Nield, and Gary Lai. All of these passengers, apart from Gary Lai, are paying to be on the mission. Gary Lai has been working at Blue Origin since 2004 and was among the first 20 employees. He is also the chief architect of the New Shepard system. The mission is due to launch at 1:30 p.m. UTC and will be streamed on Blue Origin’s website.

The second launch of the week is a Rocket Lab Electron rocket carrying two BlackSky satellites that it’ll place in orbit. The quirky mission name elected by Rocket Lab is “Without Mission A Beat”. The two satellites will join the larger BlackSky constellation which can take 1-metre resolution images of the Earth. These satellites can image in four bands and panchromatic mode while each can snap 1,000 images per day as still or as videos. The launch is scheduled for 12:35 p.m. UTC and will be streamed on the Rocket Lab website.

The second launch on Friday is a Falcon 9 carrying a collection of smallsats as part of the Transporter-4 rideshare mission. The satellites will be placed in a Sun-synchronous orbit. This mission is due to launch at 4:24 p.m. UTC and should be streamable on the SpaceX website.

The final launch of the week is SpaceX’s Falcon 9 carrying the Axiom astronauts Michael Lopez-Alegria, Larry Connor, Mark Pathy, and Eytan Stibbe. Axiom Space was founded in 2016 with the intention of creating a commercial space station but in 2020 NASA allowed the company to have access to the forward port of the ISS’ Harmony module where Axiom Space will eventually dock its Axiom Orbital Segment and after 2024 this could grow to three modules. This week’s mission will mark the first wholly commercially-operated crewed mission to the ISS and Axiom plans to do these up to twice a year. The mission is slated for 5:13 p.m. UTC and should be streamed on the SpaceX website.