Canonical has announced the availability of Ubuntu 21.04, it includes native Microsoft Active Directory integration, a Flutter application development SDK, and Wayland switched on by default replacing the X Window System which is now 36 years old. Ubuntu 21.04 comes with the Linux 5.11 kernel meaning newer hardware is supported but Canonical decided not to include the latest GNOME 40 just yet.

One of the biggest changes in this update is the switch to Wayland. Canonical says that Wayland offers better security and that programs like Firefox, OBS Studio and many other applications built with Electron and Flutter leverage Wayland automatically for smoother graphics and improved fractional scaling. By switching to Wayland now, Canonical can work out any issues by the time of the next long-term support Ubuntu release.

Other changes in this update include an improved dark version of the Yaru theme and an option in the system settings to change the power profile mode of the system so you can reduce the energy consumption. 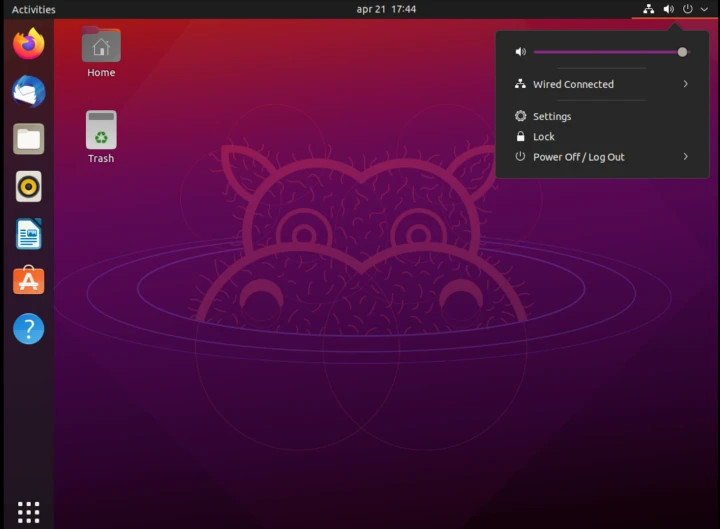 As Ubuntu 21.04 doesn’t have long-term support, it will only receive updates until January 2022, so be sure that you’re happy to upgrade to Ubuntu 21.10 later in the year. While Ubuntu 21.04 is a stable release, Ubuntu 20.04 LTS may be a better option if you’re not looking to perform major upgrades because it will receive security updates until 2025.

Ubuntu 21.04 should be available from the downloads page today but if you already use Ubuntu and want to upgrade go to the Software & Updates app, go to the Updates tab and select ‘For any new version’ on the ‘Notify me of a new Ubuntu version’ section. You will be prompted to enter your password, now open the Software Updater and you should see the option to upgrade to Ubuntu 21.04 as soon as it's available.