BlackBerry executives will no doubted have quaffed plenty of champagne with the news last week that the company had secured its largest ever handset order, for one million BlackBerry 10 handsets, bringing a welcome boost of confidence to the fledgling platform.

But there’ll be no celebrations in the BlackBerry boardroom following an unwelcome assessment of the platform by the UK’s Communications-Electronics Security Group (CESG), which assesses the suitability of devices for use in official government activities. 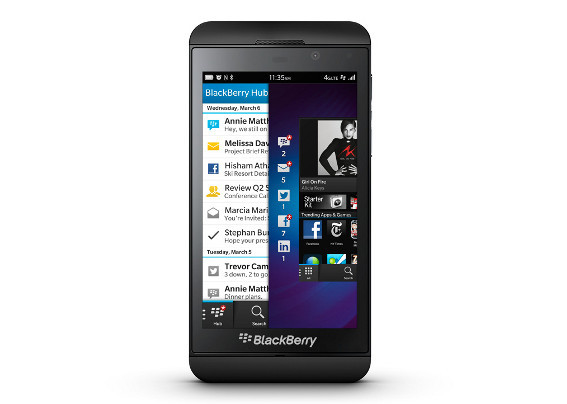 The Guardian reports that the CESG has rejected BlackBerry 10 as not being secure enough, and that tests on the BlackBerry Balance software – which isolates work and personal accounts, apps and settings from each other – as well as on the underlying BB10 operating system, failed to meet the Group's requirements and standards for approval.

BlackBerry 7.1, the previous generation of the company’s OS, was approved in December 2012 for work involving government classifications up to the ‘Restricted’ level, something which BlackBerry was keen to highlight in a statement, in which it added that BlackBerry is the only mobile solution to have received that clearance from the UK Government. The company’s statement continued:

We are continuing to work closely with CESG on the approval of BlackBerry 10, and we’re confident that BlackBerry 10 will only strengthen our position as the mobile solution of choice for the UK government.”

The news comes at an awkward time for BlackBerry, which is preparing to launch the Z10 in the United States later this week.

Update: We've received an email from BlackBerry requesting we update the article with the information below.

First from an unnamed BlackBerry spokesperson:

Media reports alleging that BlackBerry 10 has been ‘rejected’ for U.K. government use are both false and misleading. BlackBerry has a long-established relationship with CESG and we remain the only mobile solution approved for use at 'Restricted' when configured in accordance with CESG guidelines. This level of approval only comes following a process which is rigorous and absolutely necessary given the highly confidential nature of the communications being transmitted. The current re-structuring of this approval process, due to the Government Protective Marking Scheme review and the new CESG Commercial Product Assurance scheme has an impact on the timeline for BlackBerry 10 to receive a similar level of approval. The U.S. government’s FIPS 140-2 certification of BlackBerry 10 and the selection of BlackBerry 10 by the German Procurement Office and Federal Office for Information Security (BSI) underline how our new platform continues to set the standard for government communications. We are continuing to work closely with CESG on the approval of BlackBerry 10 and we’re confident that BlackBerry 10 will only strengthen our position as the mobile solution of choice for the U.K. government.

And the following from an unnamed GCHQ spokesperson:

Discussions with BlackBerry are ongoing about the use of the BlackBerry 10 platform in government. We have not yet performed an evaluation of the security of that platform, but we expect to be issuing Platform Guidance in the summer. This will cover a number of platforms including Blackberry 10 (and the use of 'Balance').

We have a long standing security partnership with BlackBerry and this gives us confidence that the BlackBerry 10 platform is likely to represent a viable solution for UK Government.