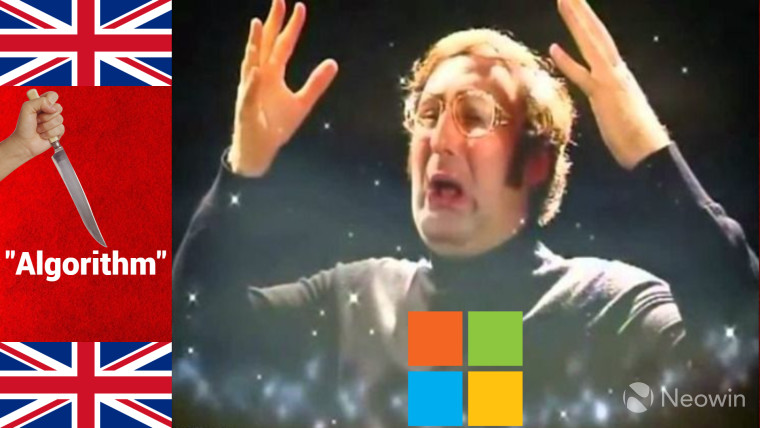 At Neowin, we don't have a separate section for the absolutely bonkers stuff that happens in the world of tech around the globe, but after a recent report from Politico, we feel like this is something we should be working towards.

The outlet reports that UK's Digital, Culture, Media and Sport Secretary Nadine Dorries met with Microsoft representatives recently and asked them point-blank about when the company is "going to get rid of algorithms". Yes, a government official overseeing digital media and technology in the UK asked this question with a straight face. In fact, this didn't happen once, but twice as Dorries reportedly highlighted this same concern at a separate stakeholder meeting too.

Unfortunately, Politico doesn't go into details about how the attendees of both these meetings responded, but personally, I like to imagine Microsoft officials and other stakeholders struggling to contain their fits of laughter when this question was asked of them.

Jokes aside, Dorries has been a strong proponent for the regulation of big tech and the content being promoted across social media. As such, an official has also stated that what she actually referred to was regulation of algorithms which decide what content should be shown to users of social media. However, it appears that she is unaware that Microsoft does not control social media platforms like Facebook, Instagram, and TikTok. It's unlikely that Dorries was referring to Microsoft-owned LinkedIn.

Political opponent John Nicholson had the following to say about Dorries:

When you see her before the select committee [of MPs], she's rarely able to answer a question on her own, she has to turn to the civil servants or the minister or whoever she's with. She's just not briefed, doesn't bother to brief herself, and doesn't seem to have much background knowledge on any of the subjects in her portfolio.

I'm certainly not an expert on UK politics - far from it, actually - and I understand that everyone makes mistakes. However, as a government official who wants to regulate big tech and its impact on the general public, you should hold yourself to a higher standard. Or at least one that doesn't include asking Microsoft when it will kill its algorithms.