According to the Boy Genius Report, Verizon Wireless will be dropping the prices of the two Kin models to $29.99 for the Kin One and $49.99 for the Kin Two and offering a buy one, get another phone of equal or lesser value free. The prices drops follow a rumor from Business Insider that Microsoft has only sold about 500 Kins.

Microsoft introduced the Kin devices in May this year. Reviews for Microsoft's Kin phones have been mixed, but one thing almost everyone agreed on was that paying for smartphone level data plans was too much for the relatively feature deficient devices targeted at the younger population. The minimum you'll pay under Verizon is $70 per month, which the intended market may find too steep. The new price drops may encourage a small amount of customers to purchase the devices but until the monthly cost drops Microsoft and Verizon are unlikely to shift a lot of these phones. Despite a strong focus on social networking and the convenience of full cloud backup, the price per month is still simply too high for teens. 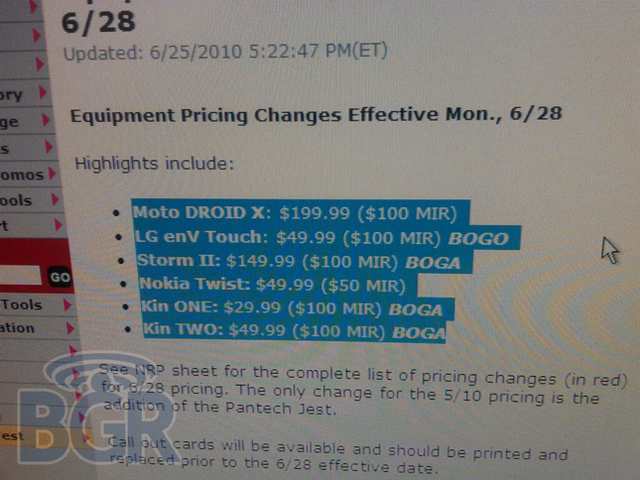