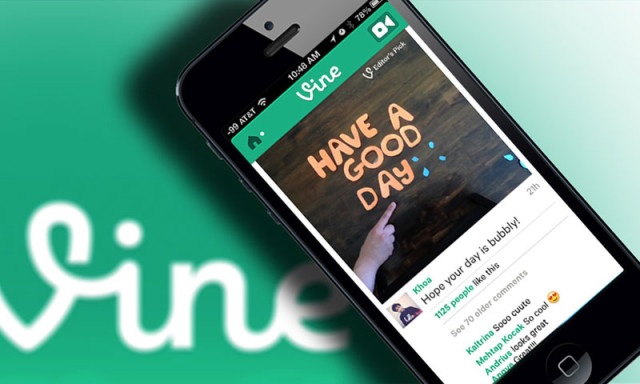 Social video sharing firm Vine, owned by Twitter, has pushed out a major update to its app to tackle incoming threats from Instagram, which has recently added video capabilities. The latest figures from analytics firm Topsy show Vine has been sailing through choppy waters since Facebook showed off video filters for its own social sharing app. Whilst figures in the past few days show Vine's user base has climbed slightly, the app's Twitter account has received two thirds less mentions than in early June.

In an effort to combat this blow to its user base, Vine has released a major update to its iPhone app, including 'Channels', 'revining', private accounts and improved imagery tools. Channels improves discovery tools on the app, allowing users to view other users' videos sorted by type. 'Revining' works exactly like retweeting on Twitter; Vine now allows you to re-share your friends' content on your own timeline. Private account functionality allows you to set your content to only be displayed to users you approve, whilst improved imagery features include focus, grid and ghost tools. As with most application updates, big fixes and smoother navigation is also present.

You can download Vine for free from the iTunes App Store, which is compatible for all iOS devices running iOS 5 or later. The new features are additionally expected to make their way to the Android version of the app in the immediate future.