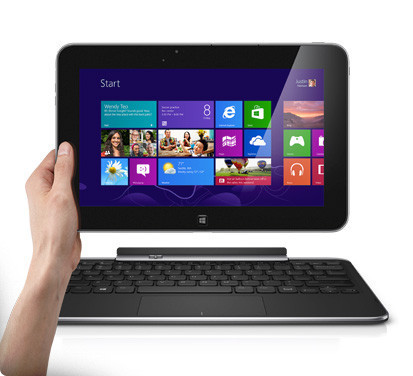 Dell has released just two tablets with Microsoft's latest operating systems; the Windows 8-based Latitude 10 and the Windows RT-based XPS 10, shown above. Today, a Dell executive said in an interview that so far the company has only sold 'hundreds of thousands' of those two tablets since they launched in late 2012.

In a chat with The Guardian, Sam Burd, Dell's global vice-president of personal computing, said the large businesses that make up much of the company's customer base have been slow to purchase Windows 8 tablets. However, he added that it is "encouraging" that more companies are starting to use these products.

It's going to take some time, and the jury is still out. IDC's numbers says that Windows 8 on tablets is still far smaller than the iPad, but there are successes. Maybe in a few years when we get to Windows 8 tablets being a third or 40% of tablet volume we can feel it's happening. Tablets are definitely an important piece of the computing business.

Burd also said that Dell is "exploring" a possible entry into the wearable computing space, similar to what Apple might be developing with its rumored iWatch. He said, "Having a watch on your wrist – that's pretty interesting, pretty appealing."

Source: The Guardian | Image via Dell