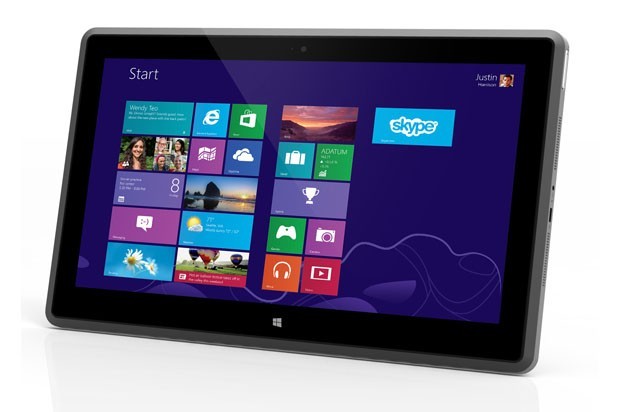 CES 2013 doesn't even officially start until Tuesday, but the first news of new Windows 8 products has begun to trickle in. Vizio has just announced a few new Windows 8 products, the standout of which is an 11-inch tablet which packs - for the first time we've seen - an AMD Z60 chip, along with a full-blown 1080p display and a zero bloatware "Microsoft Signature" Windows 8 install.

The AMD Z60 chip is from AMD's most recent range of "Hondo" low-power, tablet oriented processors, and packs a 1.0 GHz dual-core CPU along with a Radeon HD 6250 graphics processor. It's unknown how this sort of processor will perform as we've never seen it inside a tablet until this point, but it's also coupled with 2 GB of RAM and 64 GB of solid state storage for what it's worth. Other specs include a 2-megapixel front camera, micro-HDMI port and a microUSB port.

Currently the pricing and availability for this tablet remain unknown, but we're sure it'll appear on the show floor at Vegas very soon.