Recently it was announced that many more markets would be receiving the Xbox One in the coming months; namely Japan, Russia and China. The pricing for all of the new markets has yet to be confirmed, however the price for China recently appeared in an image that was posted on the Chinese website Xbox-Skyer. 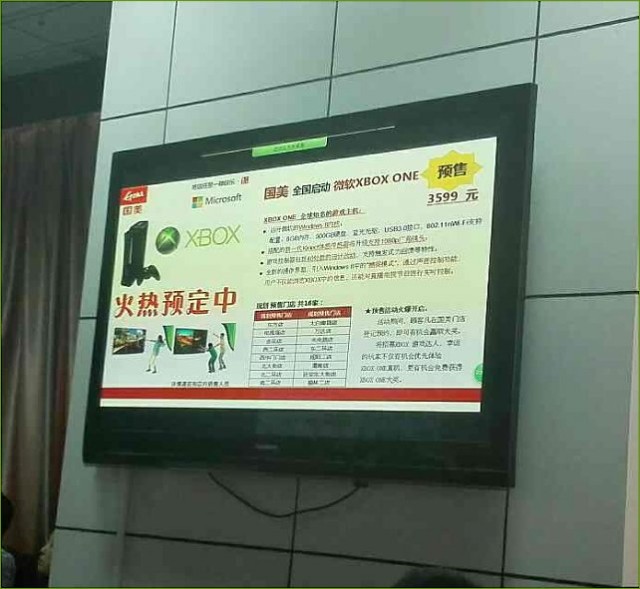 The above image lists the Xbox One with Kinect bundle to be priced at 3,599 yuan, which is $578.02. However, according to the user emlong on Live Sino, the price of the Xbox One without the Kinect will be 2,899 yuan, and that comes to about $465.60. These steeper prices could be due to certain restrictions or modifications made by Microsoft that the Chinese government could be enforcing, although neither these speculations, nor the pricing has been confirmed by Microsoft.

It's great news that Microsoft's flagship console will be available to more people in new markets by September, which should help the situation where the Xbox One is trailing behind the PlayStation 4 since its release. This will mean increased revenue, as well as popularity, but it’s not all about money, of course. Millions of gamers will soon be able to play acclaimed Xbox One titles, such as “Forza,” “Titanfall” as well as upcoming titles like "Halo 5: Guardians" and "Quantum Break."