The final Humble Monthly Bundle of 2018 will be unveiled next week, meaning that the current bundle and its early unlock offerings will be disappearing at the same time.

You have until December 7 to decide if you want to grab Metal Gear Solid V: The Definitive Experience, which include Phantom Pain, Ground Zeroes, and all DLC packs, as well as Cities: Skylines plus its After Dark expansion, all for $12 as early unlocks. The remaining games will also be delivered on that date to everyone who've subscribed.

Don't forget that subscribing gives you a 10% discount on the Humble Store and access to games in the Humble Trove as well. That extra discount might be especially useful in December for all the winter sales that will be popping up.

Fanatical has also come out with a new bundle this week, a Very Positive one to be specific. As you may have gathered by its name, the bundle only contains games with very positive review ratings on Steam.

The included games are Bastion, RiME, The Sexy Brutale, and Dex. There aren't any tiers or anything of that sort, the entire collection of games can be yours for $3.49. This bundle will be over in a couple of days, so be quick if you're interested. 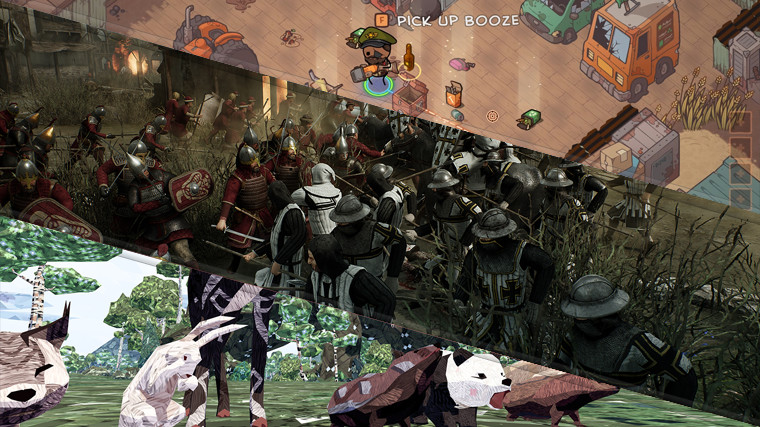 This weekend on Steam there is a number of interesting games you can try out for free.

First up is Ancestors Legacy, a real-time strategy title set in medieval Europe featuring base building, tactical squad-based gameplay, as well as single-player and multiplayer modes. Next up is Meadow, a multiplayer social game from the developers of the Shelter series where you play as various animals.

As usual, a couple of battle royal games have gone temporarily free to play this weekend too, them being Islands of Nyne and Rapture Rejects. The former is a sci-fi first-person shooter with the usual battle royale feature set, while the latter is a new top-down shooter set in the Cyanide & Happiness universe.

As expected, sales are pretty lacking this weekend considering Black Friday discounts and the Steam Autumn Sale just ended. Still, we have quite a few deals down below that were put up on all sorts of stores this weekend - assuming you have enough left in your wallet to even consider them.

GOG Store has also returned to normal after its own Black Friday sales last week. Here's what is on offer right now:

And that is it for our pick of this weekend's PC game deals folks, and hopefully, at least some of you had enough self-restraint these weeks to not empty your bank accounts adding new games to your backlogs. Of course, there are still some other deals ready and waiting all over the internet if you comb through it hard enough, so keep your eyes open for those, and have a great weekend.