The popular instant messaging program WhatsApp was pulled from the Windows Phone Store today. Neither WhatsApp nor Microsoft have yet given any indication for the reasons behind its removal. Searching for the app on both Windows Phone 8 and 8.1 devices yields no results and, while the listing is still visible on the Windows Phone Store website, a message declares that "This app is no longer published", with no means to install the app to your handset.

The removal, first noted earlier today by Windows Phone Central, appears to be confined to Microsoft's mobile OS, as download links in rival app stores are still working normally. Windows Phone is still listed as a supported platform on the WhatsApp site too. 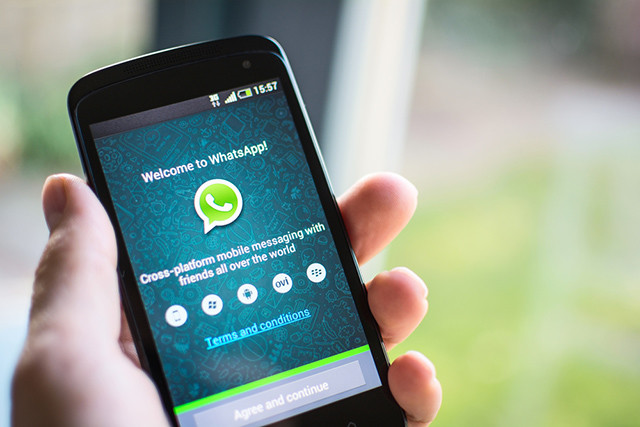 Existing users don't need to worry too much, as the app is still functioning as normal on those devices with it installed. The app is known to be very buggy when used on Windows Phone 8.1 - which is still technically a 'developer preview' - so it is possible that it was removed ahead of WP8.1's official rollout on June 24th.

With no explanation yet forthcoming, and no hint of when it might return to the Store, Windows Phone users who wish to install the app are simply unable to do so. We'll update this article as we learn more or if WhatsApp or Microsoft make a statement regarding the cause of its removal. 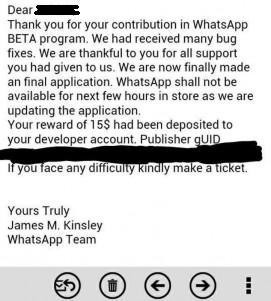 Update: Spanish website Windows Phone Apps en Espagnol has posted a screenshot of an email sent by WhatsApp to a registered member of the WhatsApp for Windows Phone beta program. It describes how the app has been pulled from the store for a few hours to fix effectively a multitude of found bugs and comes from a James M. Kinsley of the WhatsApp team.