As the lines between mobile and desktop computing products continue to blur, Microsoft is pushing ahead in a strategy to combine several key parts of its operating systems – but is a full merge on the way?

Microsoft recently announced it plans to consolidate the Windows and Windows Phone stores, and some leaks have hinted that the company will slowly combine the two operating systems. The only thing Microsoft hasn’t tipped its hat about is exactly how its convergence between platforms will take place.

At Microsoft’s financial analyst meeting in September, Terry Myerson, head of Microsoft’s operating systems team, said the company is working toward a unified app platform for both mobile and desktop devices. Myerson specifically said “all of the apps we bring to end users should be available on all of our devices,” indicating the company’s desire to become “One Microsoft,” with apps that work across platforms and only have to be purchased once.

Similar statements were made by Microsoft CEO Steve Ballmer at an employee-only event later that month, where the outgoing company leader said a combined app store will come in the “next release” of Windows and Windows Phone.

According to Microsoft-oriented journalist Paul Thurrott, those aren’t the only major changes in store for the next version of Microsoft’s Windows operating systems.

What does it mean for the future of Windows tablets if Windows Phone supports devices with up to 10-inch screens?ZDNet’s Mary Jo Foley has theorized that Windows Phone will eventually overtake Windows RT on tablets, since it wouldn’t make sense to have two competing operating systems for the same devices. It’s certainly a strong possibility, but Microsoft’s product pipeline sends mixed messages about its likelihood.

Foley’s theory seems unlikely to occur anytime soon given that Microsoft confirmed this week that it will release a version of Office for the touchscreen interface of Windows RT and Windows 8.1. The desktop version of the productivity suite is already available on both platforms, which likely means Microsoft plans to keep pushing Windows RT for tablets, as it wouldn’t develop software almost specifically for the OS if it was going to abandon it.

Windows Phone already has a version of Office as well, though theoretically Microsoft could be developing a new version that would work across both it and Windows RT. That seems unlikely given that the company has said it’s being developed for the Metro environment in Windows RT and Windows 8.1, but Foley claims the new Office apps will serve as the basis for upcoming iOS and Android versions, meaning it’s not outside the realm of possibility.

The new Office apps are scheduled for release sometime in mid-2014, and a smaller Surface tablet – likely with either a 7- or 8-inch screen – is rumored to be released early next year, the same time period Windows Phone 8.1 is expected to be released. So Microsoft has three big releases set up for the first half of next year, but none of them seem to indicate what the company’s long-term plans for tablets are.

Perhaps Myerson’s financial analyst meeting comments were more telling of Microsoft’s long-term plans, signifying that Microsoft wants the Metro design across all its environments, but it wants the interfaces to be tailored to the specific hardware type. 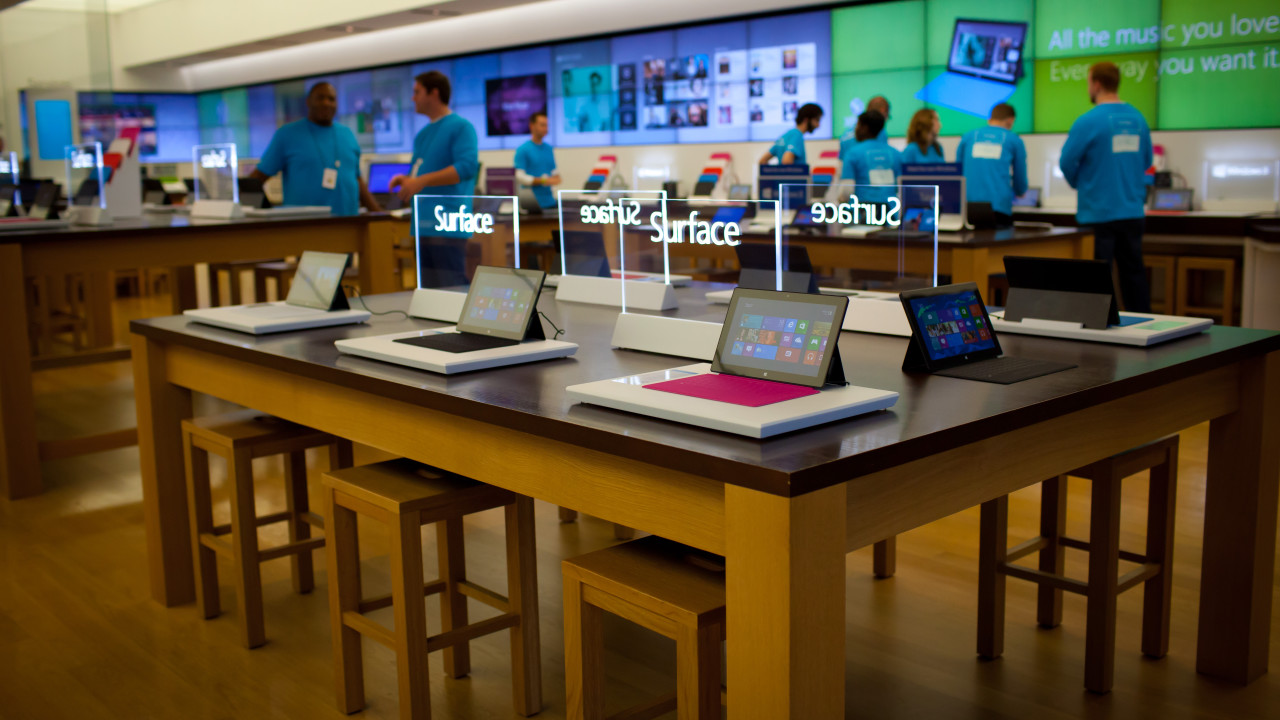 Myerson notably said that Microsoft “should have one set of developer APIs on all of our devices,” hinting that an app will share content in a package but won’t be the exact same across devices, even if it’s listed under the same name in a unified store. He underscored this point by saying Microsoft wants “to facilitate the creation of a common – a familiar – experience across all of those devices, but a fundamentally tailored and unique experience for each device.”

In order to achieve such a goal, a Windows Phone operating system simply wouldn’t work well on a tablet – at least not in its current form, or in the form leaked media has shown of Windows Phone 8.1.

Microsoft created a bevy of touchscreen-friendly features in Windows RT and Windows 8, such as the Charms bar, many of which wouldn’t fit well on the smaller touchscreen display of a smartphone. Additionally, Windows RT already has apps specifically designed for tablets; if Android’s fragmentation has proven anything, it’s that apps designed for smartphones often don’t work as well on tablets.

Xbox One developers were encouraged to start building apps for Windows 8.1 to prepare themselves for the upcoming console, a nod to the similar framework Myerson’s operating systems team is working on. That phrasing of that encouragement – that developers should “get a head start” on Xbox One app development with Windows 8.1 – indicates the apps won’t be the same, but they will be extremely similar, despite reports to the contrary that were shot down by Microsoft.

Perhaps Windows 8 was just the start of Microsoft's long-term play for a unified ecosystem that includes different types of devices and operating systems.Windows 8 may have just been the beginning of Microsoft’s long-term play for an ecosystem that supports itself by giving developers the tools to make apps for a range of form factors. Instead of subscribing to the belief that a single operating system can effectively work on all platforms, perhaps Microsoft is just working to ensure that a familiar experience is in place – one that can be modified to take advantage of different hardware and instead of shoehorning elements that don’t fit.

So perhaps the plan – at least at the moment – isn’t combining Windows Phone and Windows completely, but combining them just enough that they work together better, making life easier for developers while creating an environment that users enjoy. Microsoft is already laying the groundwork for APIs that should make app development easy to translate from one OS to the other. So while Microsoft’s operating systems could technically be different, they will have pieces that make multi-platform development easy while giving each device family a Metro interface that caters to its unique features.

There’s still work to do for Microsoft – Windows 8.1, while an improvement over its predecessor, still feels slightly like a hodgepodge between the desktop and Metro environments – but an underlying developer-friendly groundwork would build a large stable of apps across devices, which would go a long way. The question of how the desktop and Metro can co-exist will remain until Microsoft can better answer how users should interact between the two.

If Microsoft is successful with its plan of a common app platform and unified store across multiple form factors, maybe everything else will fall into place.