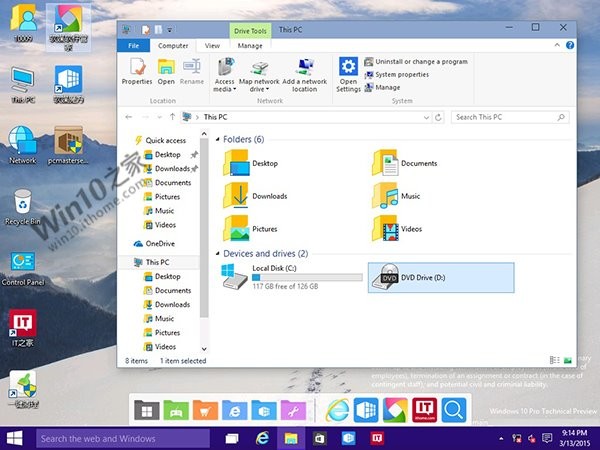 A bunch of screenshots have been obtained by ITHome.it, a Chinese website, claiming to show off Windows 10 Build 10009, although the build information is covered up in the images, we'll just have to take their word for it.

In the images it can be seen that many more standard icons have received the flattened treatment, among them: the Recycle bin, Control Panel and Drive icons. New icons have also appeared, but the images are rather small, but embedded for your enjoyment below. 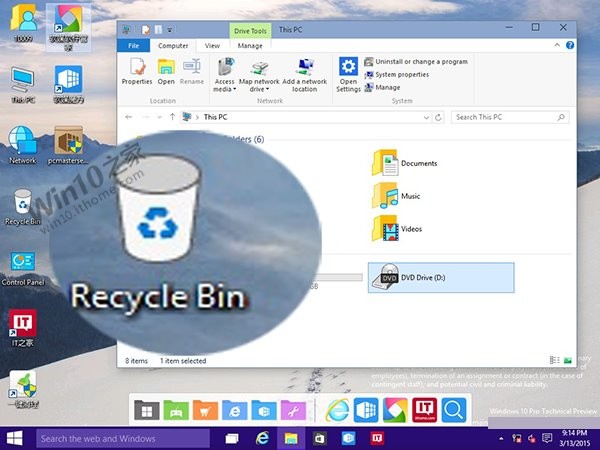 In the above image, some users may be happy to see that the old transparent glass styled Recycle Bin is now a flat bucket. 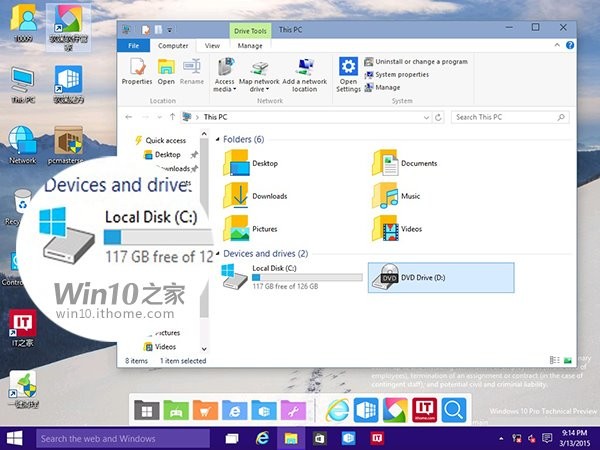 In this next image we see an updated Drive icon. 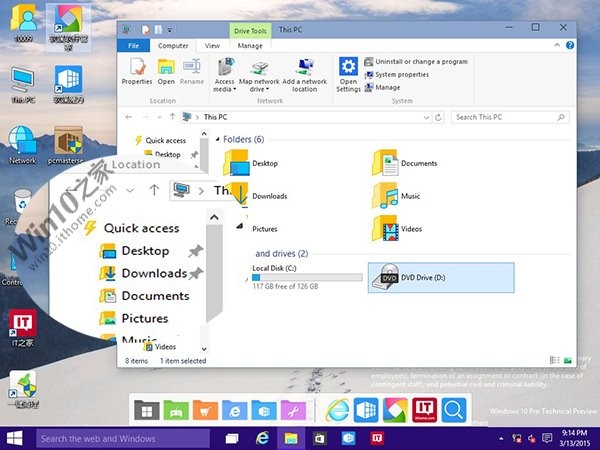 A new 'lightning' icon appears to have been added, which is used for 'Quick Access' or favorite file locations. 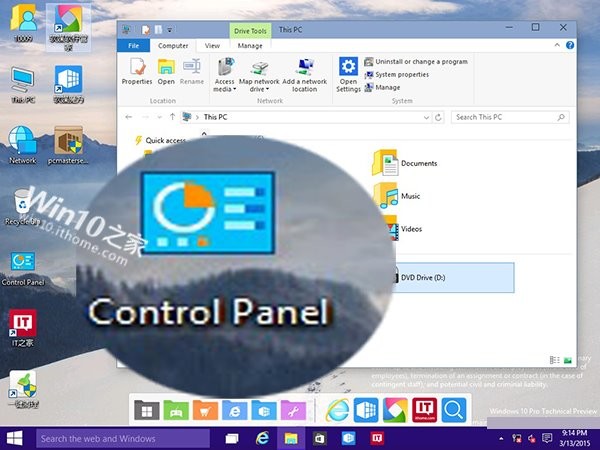 There's also a Control Panel icon update, although it's unclear if this points to the PC Settings modern app, or the traditional Control Panel which is still accessible in the Windows 10 Technical Preview for Insiders (build 9926).

It's highly unlikely that these images have been thrown together: ITHome has been a good source in the past for Windows related leaks, but as per usual you should take this sort of news with a grain of salt, Windows 10 is still in the design stage, so anything could change before we see another build.

What do you think about these icon updates, good or bad?

Source & Images: ITHome (Chinese) via Faikee in our Forums