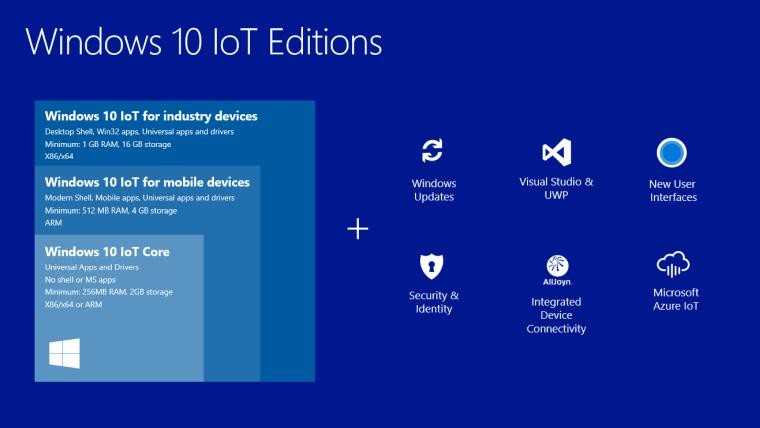 Here's the full rundown of the features that should help developers bring IoT solutions to the market faster:

"One of the most challenging aspects of any IoT project is bringing together all the pieces and technologies needed to make a full solution," Rushmi Malaviarachchi, Microsoft's Partner Group program manager, said in a blog post announcing the IoT details. "Windows 10 IoT simplifies this process by providing a more complete platform to start from."

In addition to the new features, the update offers a preview of functionality coming in future updates, such as Redstone 4. Users can evaluate them while they are still in development. It also has simplified the integration between Windows 10 IoT and Azure IoT.

Malaviarachchi said his group is "committed to providing the best platform for building cloud-connected devices that bring intelligence to the edge," and that developers can expect even more tools and features in coming updates.