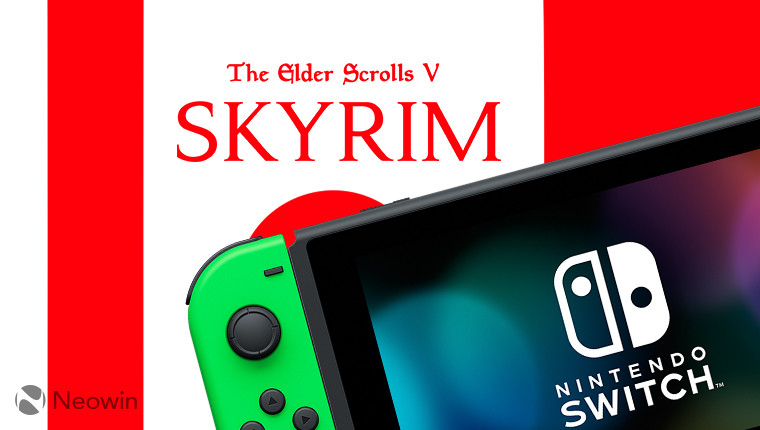 Back in June at E3, Bethesda announced that The Elder Scrolls V: Skyrim was coming to the Nintendo Switch, but did not provide an actual release date, other than saying that all titles announced would be coming out this year. True to the publisher's word, it appears that Skyrim's Switch variant is now available for pre-order.

The news broke via a tweet from Nintendo of Europe:

Live another life in another world in #Skyrim, now available to pre-order from #NintendoSwitch #eShop: https://t.co/Fl1rrVRWMn

The listing reveals not only that the title is available for pre-order at its full $59,99 price - including the Dawnguard, Hearthfire, and Dragonborn pieces of DLC - but also when we can expect it to be generally available: November 17. Beyond the company's eShop, you can pick up physical versions of Skyrim via Amazon and Best Buy. GameStop and Target are also listed by Nintendo as retailers who offer the game, although their links seem to be broken at the moment.