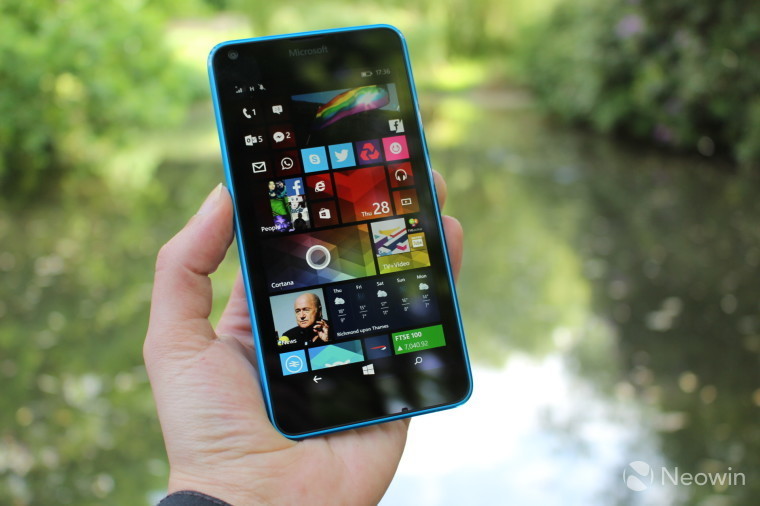 We're now just a few weeks away from a major Microsoft launch event, at which the company will unveil its latest Surface Pro 4 tablet, its next-generation Band wearable device, and its first new Lumia flagships for almost two years. While all are agreed that these new high-end handsets are long overdue, the company's mobile efforts are still continuing to reap rewards at the lower end of the market. 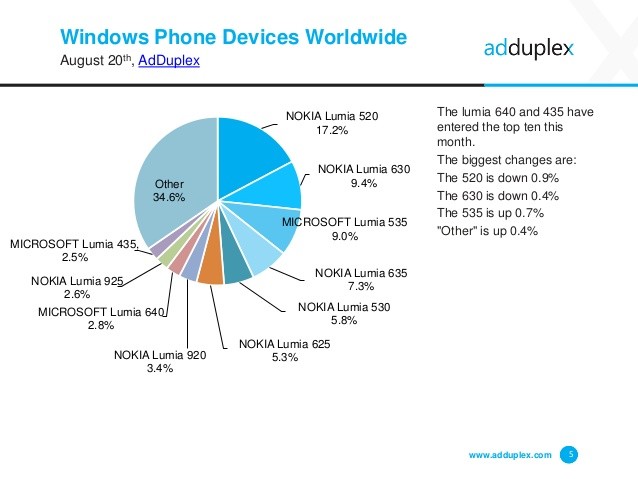 The latest figures from mobile ad platform AdDuplex are in, and once again, they show that the Nokia Lumia 520 remains the most popular Windows handset worldwide by a considerable margin, with more than twice the share (17.2%) of the Lumia 630 (9.4%) and Microsoft's Lumia 535 (9.0%). But even newer devices are creeping up in popularity including the Lumia 435 and Lumia 640, both of which are approaching a 3% worldwide share of the platform just a few months after their launch. 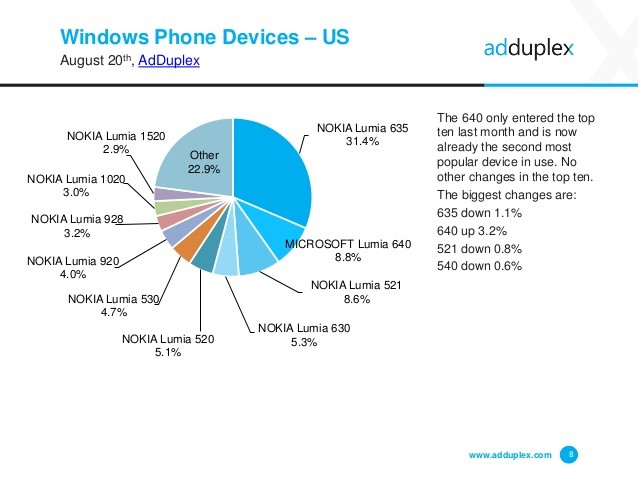 Over in the US, the Lumia 640 is doing very well indeed - although that's not too surprising, given how much it impressed us in our in-depth review earlier this year. The device launched on Cricket in mid-May before getting wider support from other US carriers a few weeks later. T-Mobile later launched the handset for $130 off-contract, but AT&T has undercut that considerably, pricing the Lumia 640 at just $79.99.

It's perhaps no surprise then that - just three months after going on sale in the United States - the Lumia 640 has already grabbed 8.8% share of the Windows Phone ecosystem, overtaking T-Mobile's hugely popular (albeit much older) Lumia 521. 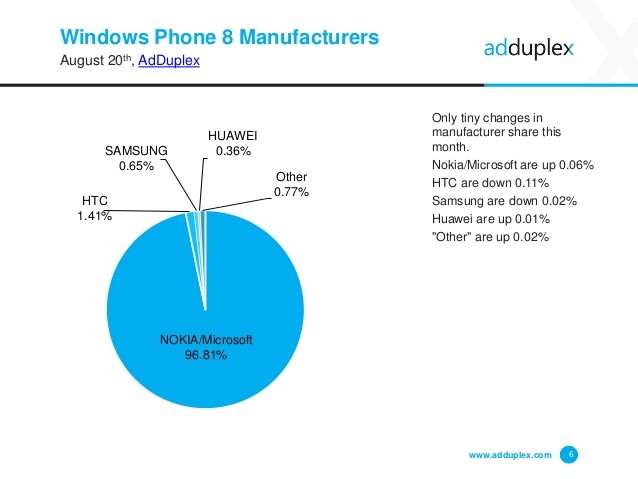 Unsurprisingly, Microsoft's Lumia range continues to dominate the platform globally. Despite the company having signed up many more new hardware partners in recent weeks and months, its share of the OS has actually increased yet again, albeit by a negligible 0.06%. 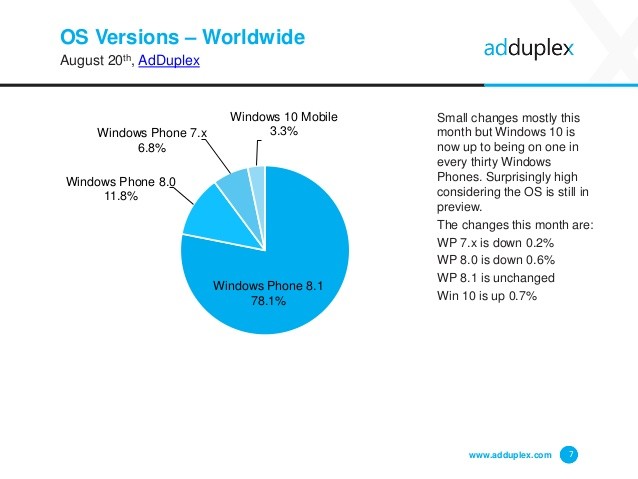 Meanwhile, it seems that Windows Phone 8.1 may have peaked in popularity, as that OS version has stopped growing its share of the platform, with 78.1%. Instead, it's Windows 10 Mobile that continues to grow, up 0.7 percentage points over last month, to 3.3% platform share.