Update: According to Neufuse in the comments this was a publishing error on the CMS from Microsoft. Microsoft have now removed the link. Expect access to the beta after Steve Ballmer's keynote on Wednesday 7th January 2009, unless it leaks beforehand of course.

Microsoft have updated their Windows 7 site with a download link for the Windows 7 beta.

It would appear from the posting that Microsoft is currently readying site updates and download servers for the imminent release of the Windows 7 beta. Yesterday, German site Winfuture claimed that the beta would be released today and this could confirm the sites claims.

The download link is currently inaccessible. It's entirely possible that once the page is live it will simply be a sign up page to register your interest. Microsoft will not comment on the exact date and a Microsoft official confirmed the beta is still targetted for early 2009. 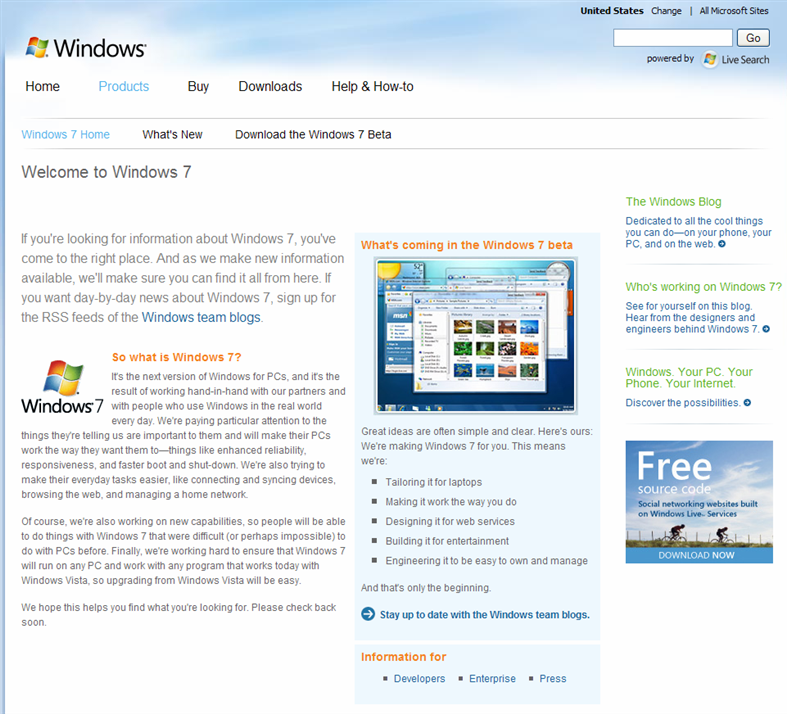