The build in question was compiled on the 3rd December with the tag 7004.0.081201-1410 according to Winfuture. Microsoft employees were given access to the beta build earlier this week with a welcome message that read "Thank you for joining us on our shared journey to Windows 7. The work we've done is largely based on the feedback we've gotten from you before and throughout the development process. We rely on beta testers, like you, to help refine the product before it's commercially released. If you haven't already installed the Beta, we want you to! Please refer to the Installation Instructions to get started".

Build 7000 is due to be beta 1, build 7004 is the next branch that starts for the RC/RTM phase. From the small screen shot you can tell that the folder icons on the desktop are coloured blue like Live Mesh folders and have a glass tint across them. As the screen shot is so small it's hard to tell whether any elements have truly changed visually. We expect the blue coloured folders are simply Live Mesh synced folders rather than newly coloured folders.

Microsoft is expected to announce the Windows 7 Beta 1 on 7th January 2009 at Steve Ballmer's CES keynote. 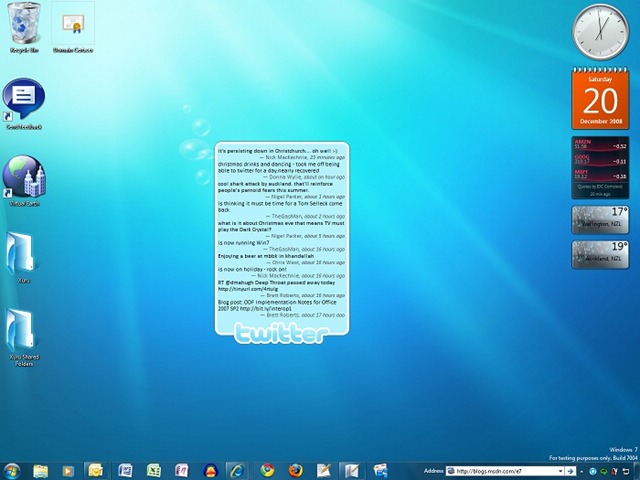