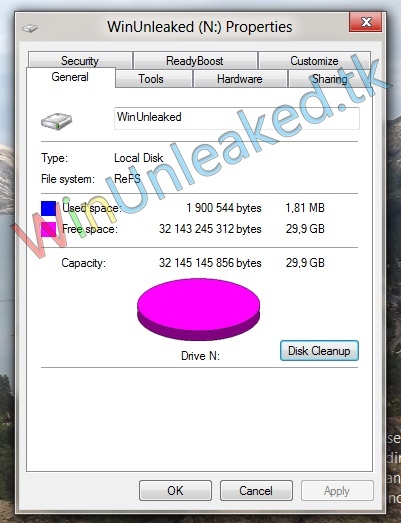 Windows 8 fans will have heard about Protogon at some point. The new file system has been spotted lurking in developer builds, but details are a little on the murky side. The important facts are these: disks can only be formatted in Protogon from the command line, Windows 7 and earlier can't read it, and it shares a lot of features with NTFS.

It looks like from here on out Protogon is no more. WinUnleaked has found that latest builds have removed Protogon support and replaced it with a new file system. Be prepared to hear "ReFS" a lot from now on, as this new system is better supported than Protogon ever was. For a start, the disk formatting utility actually lists it as an option.

At the moment, Windows 8's installer doesn't play nice with ReFS. Users are told that the system can only be installed on NTFS-formatted drives. It's entirely possible that installation isn't supported because the feature is incomplete though, so at this stage it's hard to say how finished versions of Windows 8 will treat ReFS drives.

Signs are pointing to Windows 8 seeing a 2012 release. At this stage in development, ReFS could stick as a final name: it's short, simple and easy to remember. The question now is when Microsoft will release some details on the new system.