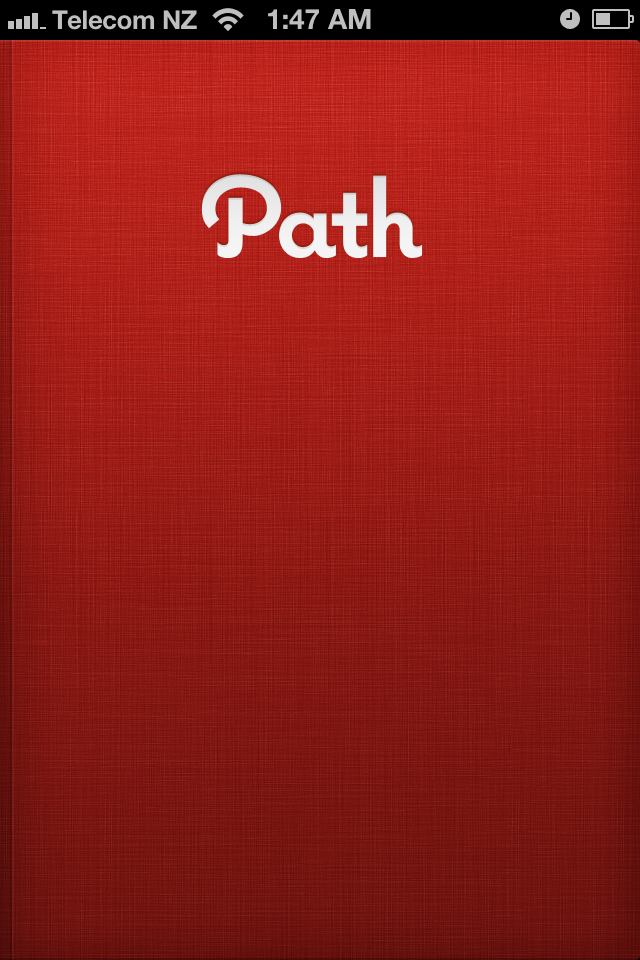 As a recent iPhone convert, I've been immersed in a world of high quality applications, the caliber of which cannot be found on other platforms (despite what the fanboys will tell you). After being onboard for a few days, I was told there was a new version of an application called "Path." With my iOS application lust still burning, I downloaded the application immediately, only to be gobsmacked by the quality here.

Path is a application for iOS (and Android!) that is a social network in an app. The company aims to get you to "share everything" and the literal aim of the service is to be a path that shows you meandering through your day.

Where you've been. Who you're with. What you did. What you listened to. When you slept. When you went to the toilet. 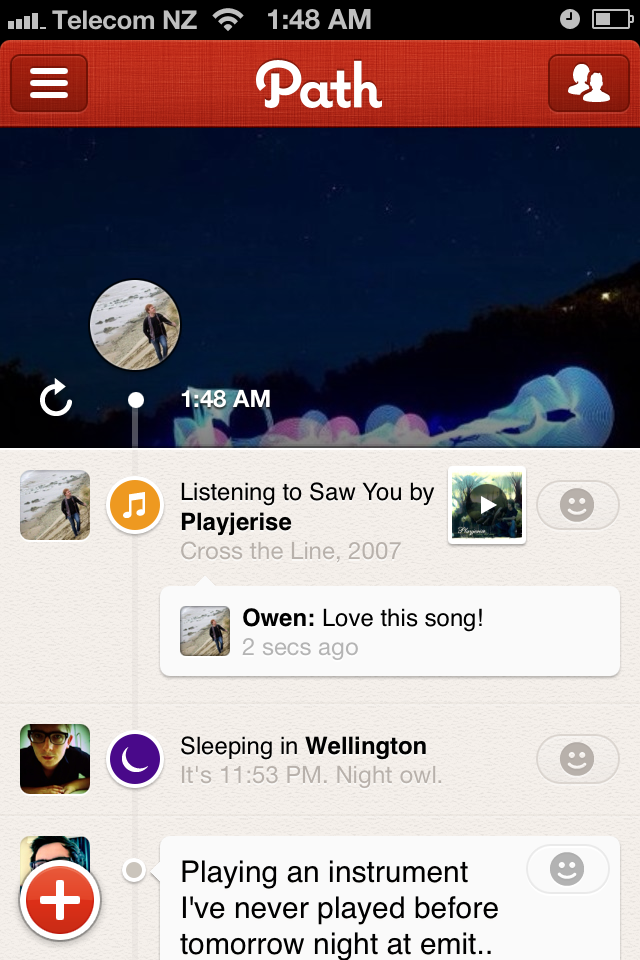 ​It's simple and elegant... and so fluid

I may ​have been kidding about that last one, but the remainder is true. This is a social network with no bounds to what you share. When you open it you are greeted by a beautifully easy setup experience. A few details and you're onboard, and able to share. You get to customize your profile with two images; a profile picture and a cover photo (very Facebook Timeline esque, right?).

From the main screen, you have two options. Either "home" which is a combined path of you and your buddies, or "path" which is your personal path and only shows your posts. User profiles are beautifully presented and really let the user show off who they are. 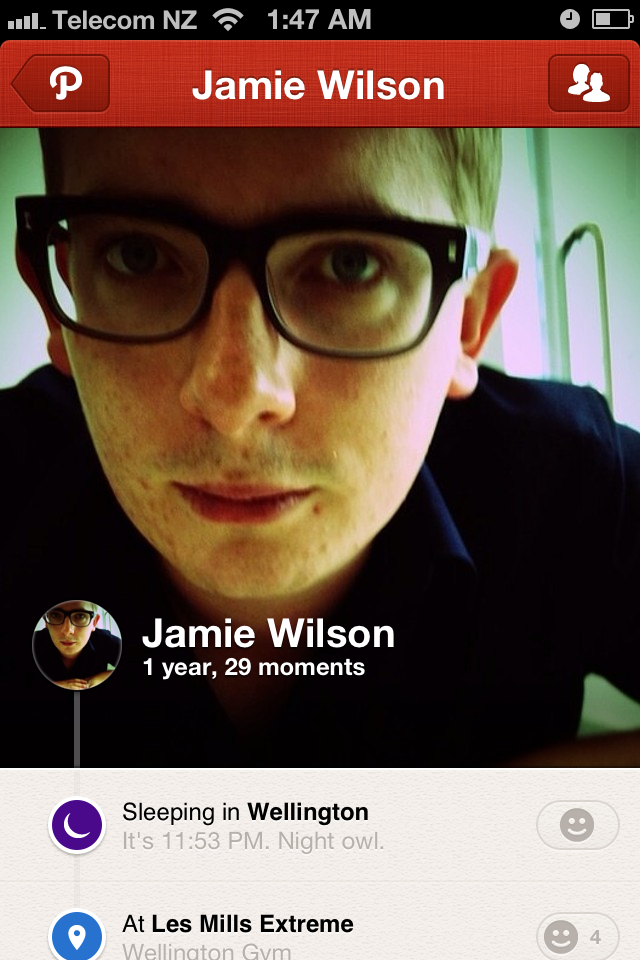 From the home option you can share by hitting the "plus" button which give you the option to share with a photo, share what friends you are with, share a location (foursquare support!), what music you're listening to, a thought or the fact that you've gone to sleep. 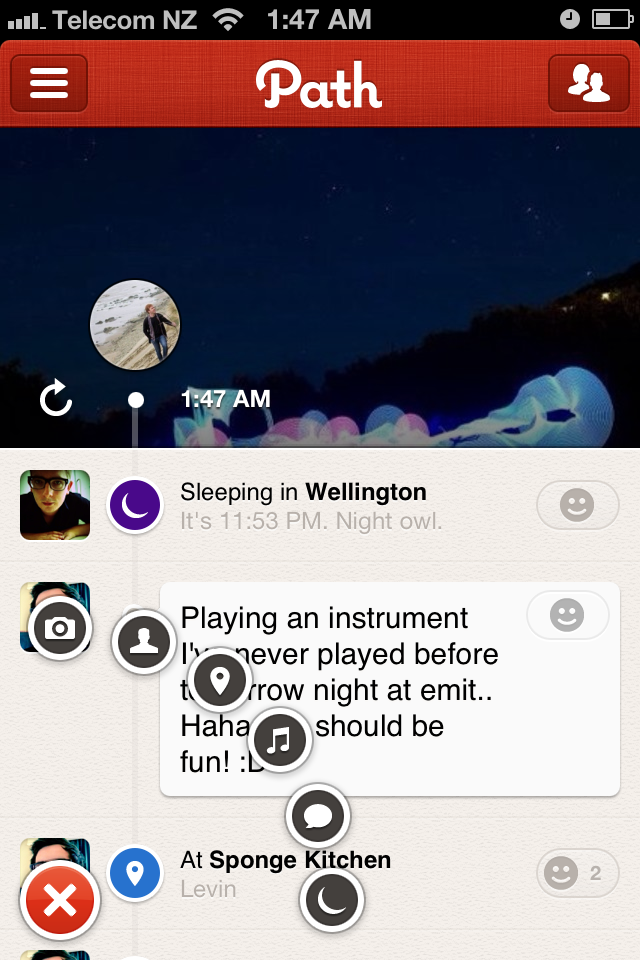 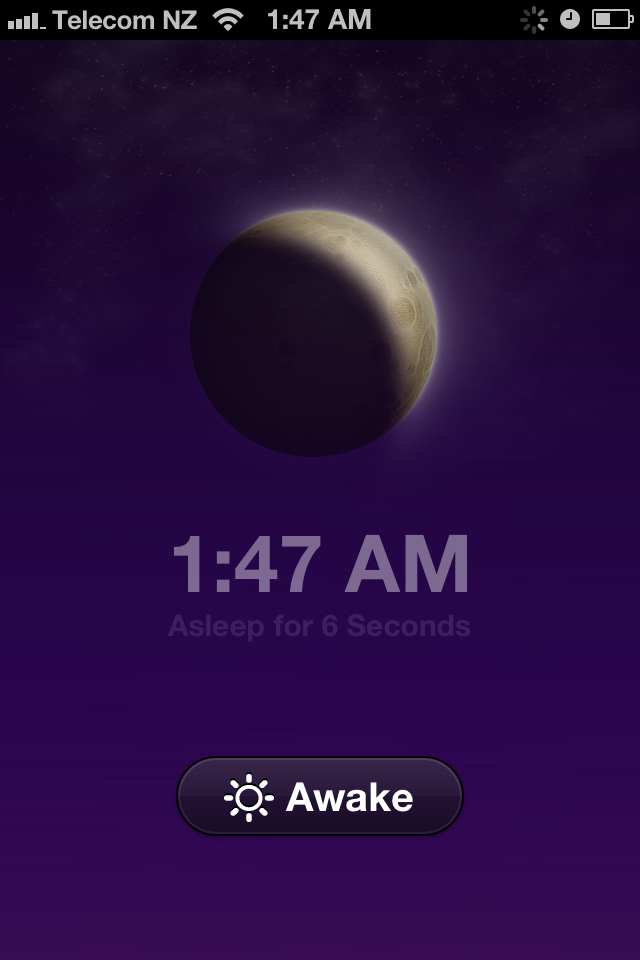 ​Perhaps a strategy to stop late night texts from friends?

These aren't exactly conventional options, and the company even makes it easy to share what's playing on your iPhone right now. They've put a lot of thought into how things are presented to the user, and how easy they make the application to navigate. 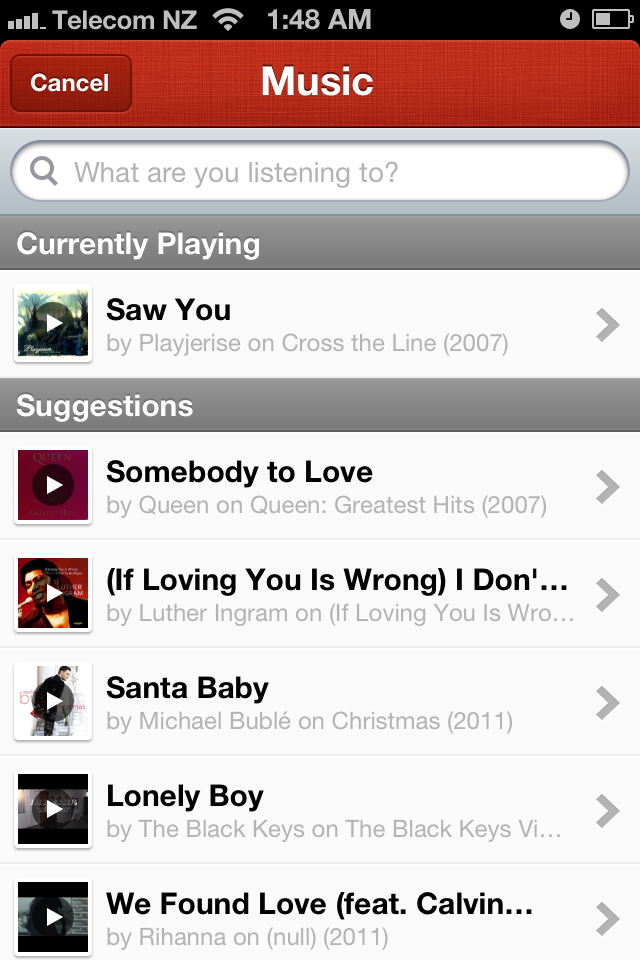 Probably one of the more interesting things is that the application doesn't let you write directly on someones profile, but instead lets you react to their "moments" on their paths. By default, instead of liking a status, you can choose an emoticon (with everything from a sad face to a heart) based on what you think and make a comment as well. It's good to see a different take then the "like" button.

Path attempts to bring multiple services' offerings into one place, offering functionality that Foursquare, Instagram, Evernote have, but in one stop. You can even share out Path posts to other services, including Twitter, Foursquare, Facebook and Tumblr (in the future). One additional neat feature is if you travel a distance far enough to be reached by plane, it'll post you as "Arrived in [location] on your path automatically. Cute. 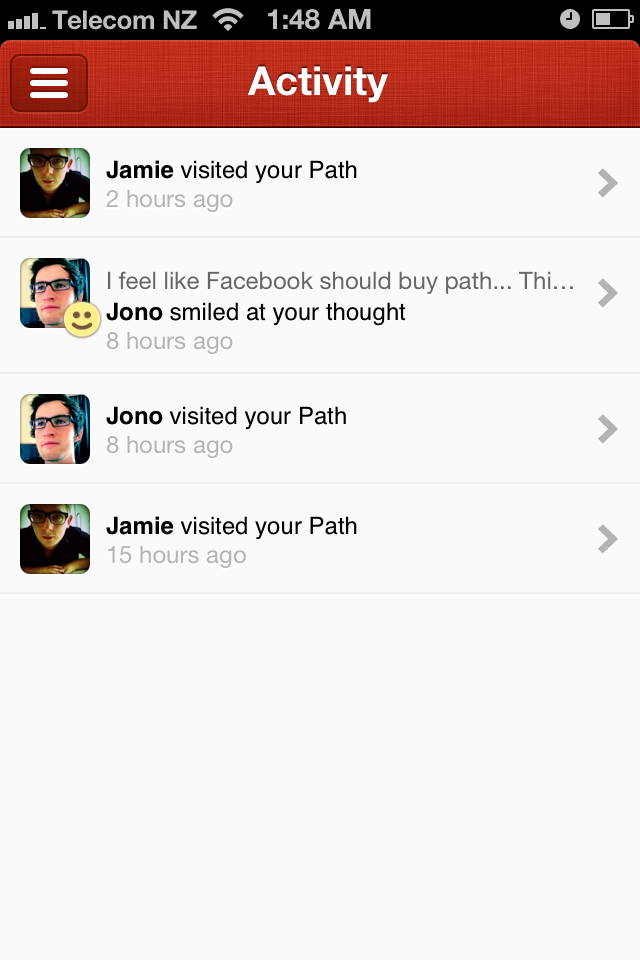 The problem with Path is that it's just another social network I wanted to use. It's hard enough keeping up with Facebook, Twitter, Foursquare, Tumblr, Flickr and all the others I've probably signed up to and forgotten. When I use the application I can't help but feel like it's everything that the Facebook application isn't.

And there's no reason that Facebook and Path shouldn't start a love affair. With the recent open graph changes on Facebook, the company really wants you to share everything. They offer "life events" now such as default templates for if you broke a bone or lost a loved one, and this can't help but feel like it's right down Path's alley. The company already integrates Facebook Timeline in the form of a path, and even has cover photos built in.

I can't stress enough how Path is literally everything that the Facebook application for iOS (and Android) is not. It's beautiful, fast, fluid, fun to use, integrates across services, keeps you interested and offers deep functionality. It even has an in-application pathcamera mode. The iOS Facebook application isn't bad ​per say, but I wouldn't say it's good, nor would I say it was engaging. I use it to get the information I need, no more, no less.

The thing is, I really ​want my friends to use Path. It's so easy to share, it's beautiful and fluid. It just works. However, I don't think that will happen unless Facebook steps in and buys them. There's no excuse not to, really, so it's definitely a question worth asking. What is Facebook waiting for? Please buy Path. Or at least, you know, copy their app.