It looks like we are finally getting some solid, and seemingly official prices for Windows 8 thanks to online retailer Newegg, who are listing Microsoft's operating system currently for pre-order. Four packs have been listed by Newegg, two of which are upgrades and two of which are the OEM System Builder packages.

These prices are essentially unchanged from their Windows 7 counterparts, as the OEM versions of Windows 7 Home Premium and Windows 7 Professional currently retail for $99.99 and $139.99 respectively. It should be noted though that Windows 8 Pro has the same feature set as Windows 7 Ultimate, an SKU no longer offered in the Windows 8 line-up and priced at a more expensive $189.99; this makes Windows 8 Pro cheaper than previous OSes. 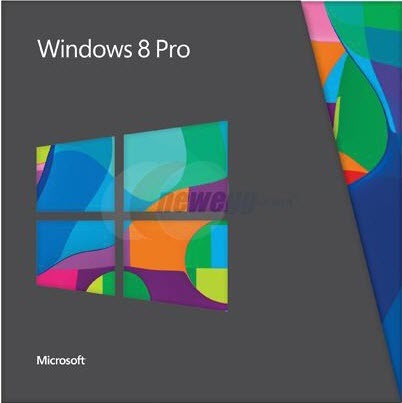 As for the upgrades, it's not surprising to see the Professional Upgrade listed for $69.99 as that's what Microsoft previously listed the promotional price to be for a boxed upgrade copy - for those wanting a downloadable copy it will only cost $39.99 until January 31, 2013. Newegg states that you are saving $30 on the Pro Pack and $130 on the Pro Upgrade, suggesting the Upgrade will cost $199.99 after the promotional period, which is more than a full OEM copy.

For Windows 8 there will be no full package retail product, with the three main options for installing the operating system either coming through a new PC, an upgrade copy from an older version of Windows, or a System Builder copy as listed on Newegg. The prices listed here also back up a previous report from ZDNet, which said the OEM products would start at just under $100, with the Pro version costing $20 to $40 more.

Additionally, Newegg's listing again confirmed the Windows 8 box art we saw on Amazon yesterday, which is further backed up by a post from Microsoft themselves. In this post, Microsoft also reveals that pre-orders for Windows 8 and Windows 8 PCs have officially begun, although they failed to officially announce the System Builder prices as listed by Newegg.