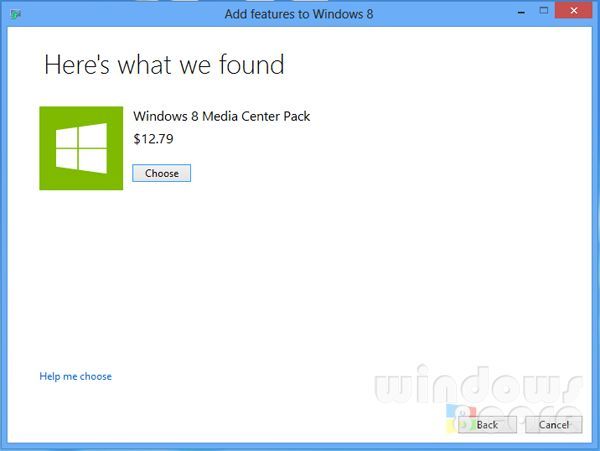 As we have reported before, Microsoft has elected to make the Windows Media Center feature for Windows 8 a paid add-on. However, the early adopters who buy the Windows 8 upgrade, or a PC that has Windows 8 already installed, are supposed to get the Media Center download for free until January 31, 2013.